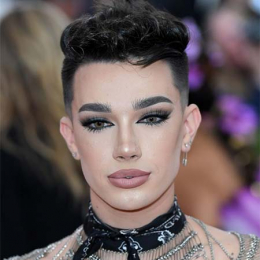 An award-winning makeup artist, model, and Internet star James Charles is one of the highly praised and loved celebrities in Hollywood. He is famous for working with popular celebrities like  Kylie Jenner, Iggy Azalea, Katy Perry, Demi Lovato and many more. The 19-year-old make-up artist is a first-ever male ambassador for the cosmetic brand CoverGirl.

James Charles is possibly single as of now. The popular make-up artist is focused on his career and is believed to be out of any dating relationships. Moreover, he is open about his sexuality and admits to being gay. 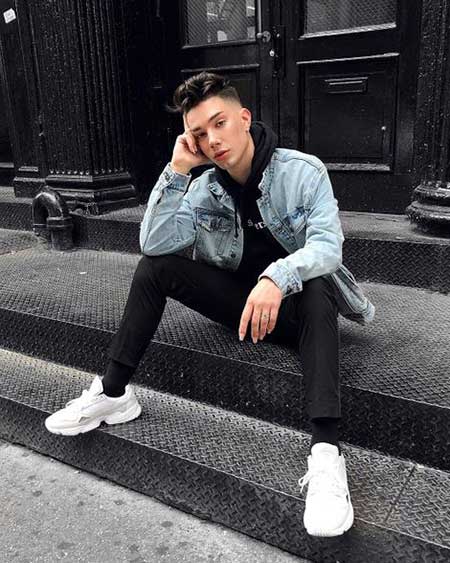 Recently in 2019 valentines day he tweed, "I am single" every year here take a look at the tweet,

James firstly rumored for dating the fellow social media star Gage Gomez. The duo was spotted hooking up in Coachella which lead them to face controversy. Later, Charles claimed that Gomez cheated on him and even tweeted about the incident which is now deleted. He said,

"Nope, unfortunately, I am still very single. This boy played me for months on end and is a disgusting con artist. I'm thankful I had may friends with me to protect me."

The social media star then rumored to dated famous American Wrestler, Vine Star, and Social Media Personality Grayson Dolan. Later, Charles, however, made it clear that they had moments in the past but they weren't in a relationship. He added,

'I don't have time. I just need a boyfriend like, right now. I don't want to sit here and scroll through people and message back and forth. Like, hello, no!"

James fell in many controversies throughout his career, firstly, he got into a controversy after he tweed about the Africa and Ebola in February 2017. But later, he apologized by saying,

" I am extremely sorry for what I said. There are no excuses. No one owes me forgiveness, but I've learned a lot from the experience. I hope that the people who might look up to me will be able to learn from my mistakes and not repeat them."

What is the Net Worth of James Charles? Know about his Salary, Earnings, Cars

Created this entire look using ONLY liquid lipsticks, I swear watch my new video to see how I did it!!

James is popular as a makeup artist and is praised and loved by many celebrities. Moreover, he became the first male spokesmodel for cosmetic brand CoverGirl on October 11, 2016, at the age of 17. What's more, he works alongside the brand ambassador Katy Perry in the brand.

In 2018, he also worked with the Morphe Cosmetics to release eyeshadow palette. In fact, he was invited to Birmingham, England, to start the company's second UK store. In March of 2019, he did make up for Iggy Azaleas's music video titled Sally Walker. More to that, he also appeared in the video of her.

BEEP BEEP BITCHES Guess who finally got their first car?! Everyone in California should probably stay home at this point for their own safety I decided to purchase a @teslamotors model X to stay safe, and thank you to @stickercity for making it look beautiful