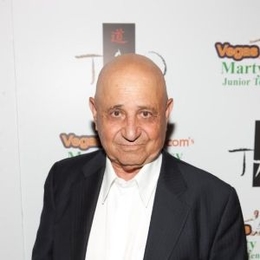 Emmanuel Agassi is well known for being an Iranian- American boxer who participated in the 1948 and 1952 Summer Olympics. He also came to prominence after training his Tennis star son Andre Agassi.

Former Olympian Emmanuel Agassi is a blissfully married man. Emannuel walked down the aisle with his girlfriend turned wife Elizabeth Dudley in 1959. Moreover, Emmanuel and Elizabeth fell in love after their mutual friends introduced them to each other. 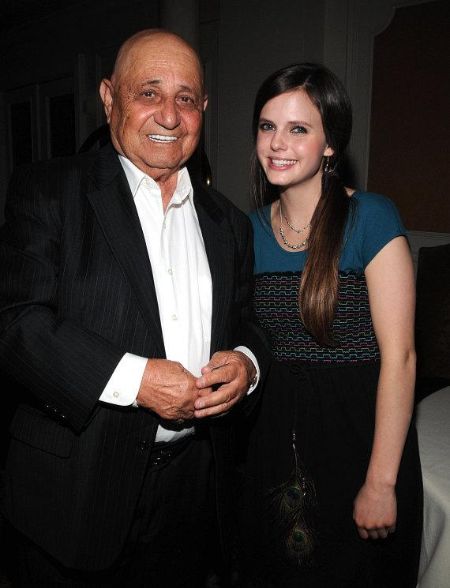 A picture of Emmanuel Agassi with his fan. SOURCE: Pinterest

After spending some quality time, they eventually fell in love and decided to get married. The duo exchanged the vows at Methodist church in Chicago's North Side in the presence of guests and family.

Moreover, Emmanuel with his wife welcomed four children namely Rita Agassi in 1960, Philip Agassi in 1962, Tamara Agassi in 1967, and Andre Agassi in 1970. Her daughter Rita Agassi tied the knot with the tennis player, Pancho Gonzales who won 14 major singles titles in his career. Rita with her husband has a son named Skylar Gonzales.

Talking about his early life, Emmanuel in fact immigrated to Chicago with his brother Samuel Agassi in the early 50s. Then, he moved to Las Vegas after being offered a job in Tropicana Hotel. Unfortunately, his wife suffered from breast cancer. But she bravely fought it and defeated the battle in the end. As of now, there's not much learned about her wife due to her private lifestyle.

The renowned retired tennis champion, Andre Agassi described in his autobiography Open, how his harsh father shaped his life and trained him to go big. As his father Emmanuel was heavily influenced in sports mainly tennis and boxing, he also wanted his children to follow in his footsteps.

Once, Emannuel stated how he failed to raise his three children Rita, Philip, and Tami to become great in sports, he was hopeful his youngest son aka Andre would be on the right track. 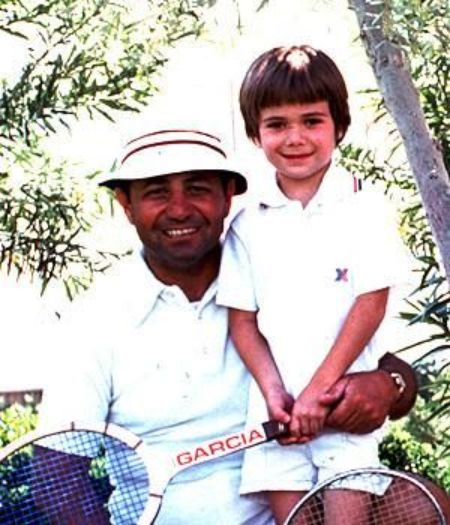 A picture of Emmanuel Agassi with his seven-year-old son Andre Agassi. SOURCE: Pinterest

Right from the tender age of 7, Emmanuel gave Andre a tennis racket and ruthlessly trained him to become a beast. His father used to train with a dragon, a custom-built ball machine that throws balls. Not to mention, Emmanuel used to yell at Andre for not hitting the ball hard. Well, thanks to his early efforts, Andre was able to achieve the remarkable feat of eight-time grand slam champion and 1996 Olympic gold medal in his later life.

Well, despite coming from a tennis background, Aggasi in his autobiography wrote he won't force his children to pursue a career in tennis. Well, it is clear that Aggasi loathed his father's mindset. Previously, Andre was married to Brooke Shield, an actress, and model. Currently, Andre is married to Steffi Graf. They are parents to Jaden Gil Agassi and Jaz Elle Agassi.

Before immigrating to America, Emmanuel Agassi used to represent Iran as a boxer in International competition. Agassi even competed in two Summer Olympics, in the year 1948 and 1952 but couldn't bag a medal. He was trained by the professional Polish-German boxer Hans Ziglarski who represented Germany in Olympics 1928 and 1932.

Watch the video of Andre Agassi talk about his father and childhood.

Talking about his net worth of Emmanuel, the former box earned a good fortune from his boxing and other professions. On the other hand, Emmanuel's son Andre as a former world's no.1 tennis player is a millionaire and quite generous. Therefore, their family wealth shouldn't be less than a couple of millions.

Stay updated with Married Wiki for more articles and biography.

Rita Agassi is the oldest child of Emmanuel Agassi and his wife Elizabeth Dudely, born in 1960. Her other siblings are Philip Agassi, Tamara Agassi, and Andre Agassi.

Philip Agassi is the second child of Emmanuel Agassi and his wife Elizabeth in 1962.

Tamara Agassi is the third child of Emmanuel Agassi and his wife born in 1967.

Andre Agassi is the youngest son of Emmanuel Agassi and his wife Elizabeth Dudley born in 1970.