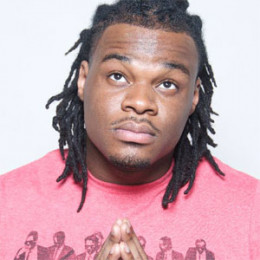 YouTube and Vine star Emmanuel Hudson is well known for his collaborative channel with his brother Phillip Hudson. They frequently post comedy sketches, rap as well as fun music videos. They have their own YouTube channel named Emmanuel N Phillip Hudson having a 1.6M subscriber.

They got famous after uploading a song “Ratchet Girl Anthem.” He is also known for his role as an actor in the film Ride Along, What Love Will Make You Do and my Cousin’s ghetto Weeding. Hudson is an unmarried man and not blessed with any child.

A media personality Emmanuel Hudson was born on December 13, 1990, in Mississippi to the parents Roger Hudson and Brenda Hudson. He belongs to a large family with six older siblings. He is the second youngest child of his family.

The family moved to Jonesboro, in 1998 where the brothers Emmanuel Hudson and Philip Hudson made a name for themselves as the funniest guys in their school. They made the school environment funny by dancing, joking and rapping, and bring each of their classrooms to uncontrollable amounts of laughter every day.

On January 16, 2012, they decided to make a video called Rachet Girl Anthem without preparation but the video went viral from a few thousand views to more than 20 million views overnight.

Now, the brothers are touring internationally, where their insatiable drive for making others laugh combined with their unique passion has made them a worldwide hip-hop phenomenon.

Furthermore, nationwide performances and appearance were welcomed in his career with the spot on the morning show, The Morning Grind. His career got broader as he starred in the film Ride Along starring Kevin Hart and the ABC network series Nashville.

His primary platform, YouTube channel, has more than 200 million views and his LOL album got downloaded more than 70,000 times. This certainly is not his limit to his success with the growth of fan base every second, every minute. He along with his brother Philip garnered 1.7 million subscribers on their YouTube channel named "Emmanuel N Philip Hudson" as of 2019. 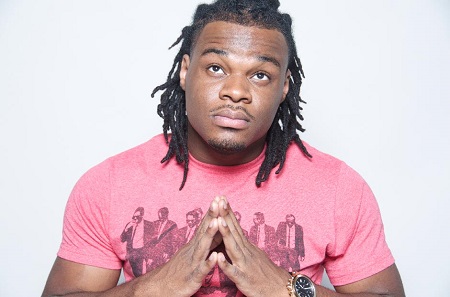 Hudson and his brother, Philip Hudson made their debut audition in 906th episodes of the famous show America’s Got Talent where they were daring enough to perform a part of their piece Ratchel Girl Anthem. Their act was denied by two-judge out of four, but with the golden buzzer, they got saved from elimination. They got eliminated later before reaching the quarterfinals.

Hudson’s estimated a net worth of $600K.  He is one of the four highest-paid YouTubers having 1.4million subscriber and he earns $295K-$311K annually.

He has also starred in the movie Ride Along which Budget was $25million, Box Office Collection is $154.5million and has 6.2 IMBD rating with Kevin Hart, John Leguizamo, Bruce McGill, and Tika Sumpter.

Emmanuel Hudson is very secretive about his life. He has not revealed his personal life. There were the rumors that the famous media person Hudson is gay because of his low key dating affair.

After that on January 24, 2012, he posted, “HEY FOLLOWERS I AM NOT GAY! RT RT RT RT LOL” on his twitter. As he has not revealed anything about his personal life we can assume that he is possibly single.

He doesn't have children of his own but his Instagram is filled with adorable images of his niece.

In one of the images, he captioned,

"The only daughter that’s not mine but only want!"

Being a father is not a joke for anyone as it holds a great responsibility.

I wish I was there to pick her up from her first day or school ! I love you Parker! The only daughter that’s not mine but only want! #niece

He is one of the famous media personality and active in social media also. He has 1.8million followers on Instagram and 412K followers on Twitter.