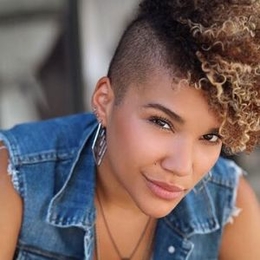 Emmy Raver-Lampman is a rising star in Hollywood who came into prominence after portraying Allison Hargreeves in Netflix Series The Umbrella Academy. Before entering Hollywood, the 31-year-old was already a well-known name in broadway and musicals.

Emmy Raver-Lampman Is Dating but Not Married

Emmy Raver-Lampman is currently in a relationship with actor and singer Daveed Diggs. Though the couple has not provided details about their romance, however, given they both were in the musical Hamilton, hence its is likely they started dating while working in the Tony Award-winning musical. 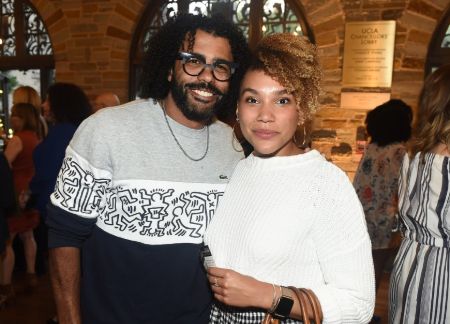 In fact, Emmy and her boyfriend like to keep their romance very low-key. Though both are active on social media, they hardly post pictures of one another. However, the couple is seen attending red carpet events together several times.

Emmy Raver-Lampman is a Rising Star with Significant Net Worth

Emmy started her career from musical theatre. She has been part of many popular Broadway and musicals, including Hair, Jekyll & Hyde, and Wicked. The actress, however, gained wider recognition when she became the original cast of massive successful Broadway Hamilton.

After years in theatre, the 31-year-old finally debuted on-screen with Netflix's show The Umbrella Academy. In the show, a Virginia native plays the character of Allison Hargreeves and works alongside stars such as Ellen Page, and Tom Hopper. She will be reprising her role in the second season as well, which will premiere in Netflix in July 2020. 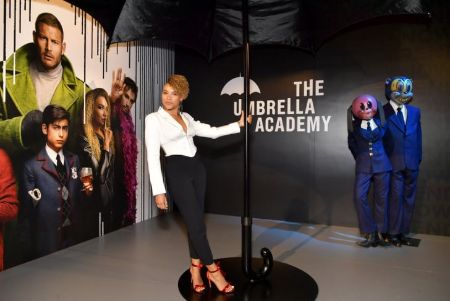 After The Umbrella Academy, she is seen in minor roles in shows such as A Million Little Things and Jane the Virgin. Her next major role will be in Central Park as Molly Tillerman, which was previously portrayed by Kristen Bell.

Emmy has received success in a short time. She has been part of big projects; hence there is no doubt she is earning well from her work. Her Net Worth as of 2019 is $1 million.

In addition to that, Raver-Lampman comes from a well to do family. Her mother Sharon was a professor at Old Dominion University, and her father Greg is a former journalist and a writer whose book Magic and Loss is published in seventeen languages all around the world. Since Emmy is her parents' only child, hence it is likely she will inherit some of her parents' fortune in the future.