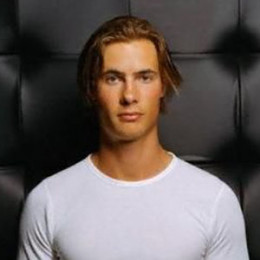 Erik von Detten is an American actor is best known for his movies and series including Toy Story, Escape to Witch Mountain, The Princess Diaries, and others. He debuted in the film industry from the movie, All I Want for Christmas in 1991. The actor is possibly single these days.

Born as Erik von Detten on 3rd October 1982 in San Diego, California, he was raised by his parents Susan von Detten(a photographer) and Volker von Detten along with his three sisters Dolly, Britta and Andrea and a brother, Timothy.

Detten debuted in the film industry from the movie, All I Want for Christmas in 1991 alongside cast members Thora Birch, Ethan Embry, Harley Jane Kozak, Jamey Sheridan, Leslie Nielsen and Lauren Bacall, the movie collected $14812144 at the box office.

Detten has appeared in numerous movies and series including Top Dog, Tarzan, Hercules, Smile, Aaahh!!! Real Monsters, Escape to Witch Mountain, Meego, Recess, and others. Also, after working in the movies, he started appearing on TV series debuting with Days of Our Lives.

Erik Detten also lent his voice in the Toy Story. The movie earned $373.6 million at the box office.

The actor is very secretive when it comes to his personal life. Erik Von Detten has revealed only a limited amount of information about his life. And, as per the available information, he might be possibly single.

But in the past, he was romantically linked to Haylie Duff, Jena Malone, and Erika Christensen. Apart from this, it also came out that he attended the premiere of Toy Story 3 along with his son. But, he has never hinted he was married and till date has not spoken about his wife or child.

Erik Von Detten has a net worth of $2 million. The versatile actor has been a part of many successful movies, including Toy Story which earned $373.6 million at the box office. His another movie, All I Want For Christmas, collected $14812144 at the box office.