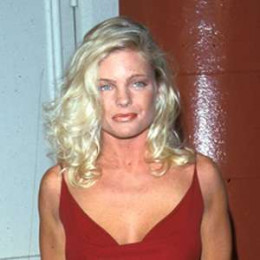 The renowned face of the American entertainment world, Erika Eleniak is an extremely talented actress and Playboy Playmate. She is widely recognized for her brilliant performance in the action drama television series ‘Baywatch'. Erika initially started her career as a model. She entered the modeling world after meeting with Playboy photographer. She made her acting debut in the year 1982, where she was cast in the movie ‘E.T. the Extra-Terrestrial’. Her performance was critically acclaimed. In 1988, she made an appearance on the television movie called ‘Broken Angel’ and ‘The Blob’. Her appearances in these movies gained her huge fan-base and widely known.

Erika Eleniak was born on September 29, 1969, in Glendale, California, U.S. She holds both American and Canadian nationality. As far as her ethnicity concerned, she is Ukrainian descent from her father side and Estonian and German ancestry from her mother side.

After her parents' divorce, she started living with her mother. She attended Robert Fulton Junior High in Van Nuys, Los Angeles and completed her graduation.

Erika Eleniak started her career as a model in 1989. She was just 19 when she started her modeling career. Her first cover shoot was for  Playboy magazine in the July 1989 issue.

The same year, Eleniak began her acting career with TV series, Charles in Charge. She rose to fame after singing the series, Baywatch as the female lead, Shauni McClain. She became the part of the show till its third season.

Eleniak has appeared in reality TV series, The Real Gilligan's Island. She was also seen in 80's Movie and Music Fest Cafe, a British comedy podcast on iTunes.

The estimated net worth of Erika Eleniak is $4 million which she accumulated from her acting career. Besides this, she charged a handsome sum for her appearance in movies and TV series.

Erika Eleniak is happily married to Roch Daigle. The duo tied the knot in 2005 at an intimate but lavishing ceremony. In 2005, she was pregnant with her firsts child but after six and a half week later her pregnancy was discovered to be ectopic.

However, after a year, she welcomed her daughter, Indyanna (born on 2006). The couple is together for a long time and shared a good bond with one another.

Previously, Eleniak was married to Phillip Goglia in 1998. The couple stayed as husband and wife for two years until they ended their relationship in 2000.

Once, she was engaged to Billy Warlock who is her Baywatch co-star and played the role of her love interest. However, the couple failed to handle their relationship and split apart.

Eleniak faces eating disorder and suffered underweight at one point in her life and hospitalized because of laxative abuse. However, she was overweight by 2006 and she participates in the  VH1's reality television series Celebrity Fit Club.

On 22 May 1998, she married to Philip Goglia but their relation was short-lived and divorced in 2000. Erika does not have a child with him.

After filming Snowbound in 2001 in Calgary, Alberta and Eleniak became enamored of the city then she began dating Roch Daigle, a key grip who worked on the set. Erika got pregnant in 2005, but the pregnancy was discovered to be ectopic, which required urgent surgery. So some days later it ended in miscarriage but Eleniak was safe. She became pregnant again and she gave birth to her first child in January 2006. She ended her relation with Roch with divorce in 2007.

After the miscarriage of her first pregnancy she gave birth to her first child on January 2006. She got a daughter who was later named Indyanna.