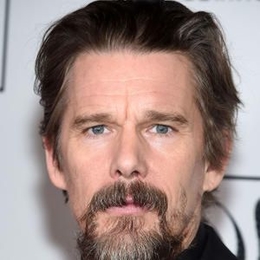 Ethan Hawke is a sucessful actor, writer, and filmmaker. He is best known for the 'Before' trilogy and the Oscar-nominated movie 'Boyhood.'

Ethan Hawk first met actress Uma Thurman on the set of the movie Gattaca in 1996. Soon the pair started dating, and in 1997, Thurman became pregnant with their first child.

After that, Hawke proposed to her, but she rejected it. The Austin born actor did not give up the idea and hence popped the question again. Luckily she agreed this time, and the couple exchanged vows on May 1, 1998, when Thurman was in her third trimester. 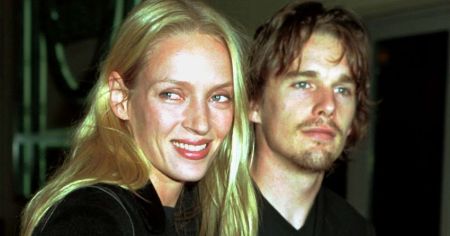 On July 8, 1998, Hawke and his then-wife, Uma Thurman, welcomed a daughter and named her Maya Ray Hawke. A few years later, the couple welcomed their second child, a son named Levon Thurman-Hawke.

On the outside, It looked like Hawke was living his best life with a beautiful partner and two children, so the news of separation between Hawke and Thurman came as a suprise to many. What was even more scandalous was that rumors were going around that the Boyhood actor cheated Thurman with Ryan Shawhughes, a college student who was working as a nanny to the couple's children.

The divorce between Hawke and Thurman was messy and was finalized in August 2005, two years after separation.

Three years after the divorce, on 21 June 2008, Hawke married his alleged girlfriend and former nanny Ryan Shawhughes. The marriage poured even more fire to the rumors of Hawke cheated on Thurman with Ryan. 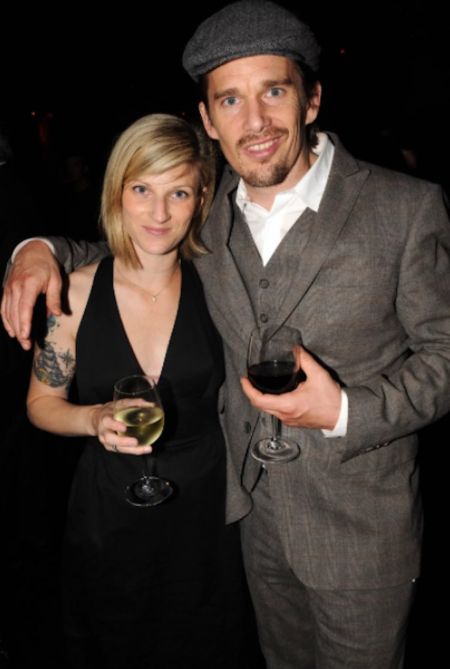 The actor, however, cleared on many occasions that his split with Thurman has nothing to do with his current spouse Ryan. He stated:

"My [first] marriage disintegrated due to many pressures, none of which were remotely connected to Ryan."

Ethan Hawke Has Starred in Several Succesful Movies; Learn his Net Worth

Since the mid-eighties, Hawke has been active in the entertainment industry and has successfully established himself as a A-list actor, Writer, and director. In his illustrious more than three-decade career, he has been part of many critically and commercially successful movies such as Dead Poets Society, Reality Bites, Before Trilogy, Gattaca, The Purge, and Boyhood. He will be next seen in the TV Mini-series The Good Lord Bird as John Brown.

Furthermore, the 49-year-old has worked extensively on stage as well and is nominated for Tony as well. Also, he has written and directed several films and short videos. In addition to that, he is a author of three novels and one graphic novel. 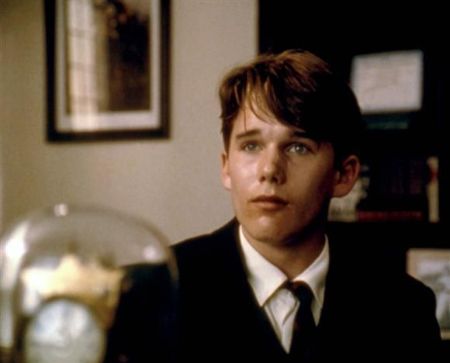 Hawke, because of his successful filmography, has always been high earning celebrity. In 2001, he was paid $12 million for the movie Training Day. His Net Worth as of 2020 is estimated to be around $55 million.

So, where is this multi-million celebrity-based? Well, currently, he lives in Boerum Hill, New York, with his family. However, he also owns a small island in Nova Scotia, Canada. 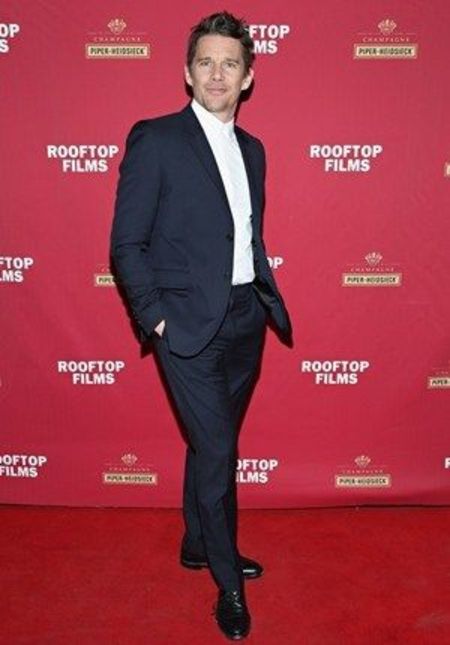 Uma Thurman is a actress best known for her work in the movie 'Pulp Fiction' and Kill Bill: Vol1 and Vol.2

Ryan Shawhughes previously worked as a nanny in Ethan Hawke's home. She studied at Columbia University.

Maya Hawke is the first child of Ethan Hawke. Maya following the footsteps of her parents has joined the film industry.

Levon Thurman-Hawke is the only son of Ethan Hawke. Levon's parents separated just a year after his birth.

Clementine Jane Hawke is the daughter of Ethan Hawke and his second wife Ryan Shawhughes.

Indiana Hawke is the youngest child of actor Ethan Hawke. She was born when he was 40 years old.