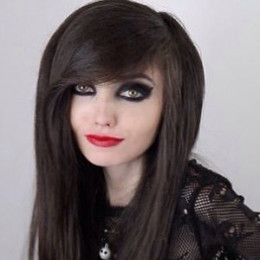 An American actress and model who is well known for her YouTube video blogging, Eugenia Cooney is currently single. She studied acting in New York City. She is the 2012 winner of The New Face of Big Drop NYC national contest. She has more than 950,000 subscribers. Eugenia has gained notoriety for a twerking video that was shown on WorldstarHipHop.

Eugenia Cooney is a regular uploader of many videos on Youtube. Eugenia was rumored to be dating vlogger named Bobby Mares, but it was never confirmed. She is thin and shows no signs of stopping her habits. It looks as though she weighs 90 pounds or less at this point. Eugenia Cooney is a famous social media personality as well as a Youtube Star, she is popular for her self-titled channel.

Eugenia Cooney was born on 27th July 1994 as Eugenia Sullivan Cooney. She was born in the state of Massachusetts but spent her childhood in Connecticut, New England where she was raised by her parents. She did her elementary school from the same place.

Eugenia has one sibling, a brother named Chip Cooney. Even though she looks really skinny as an adult, she was a healthy child growing up.

Eugenia Cooney has made a career out of acting and producing videos on Youtube. She initially took some acting classes in New York to gear herself up to pursue a career in acting. She featured on a Canadian series Degrassi: New Class in the episode Too Many Fingers.

Eugenia Cooney made a name for herself as a YouTuber since 17th June 2011. She has been showing her acting talents on her YouTube channel ever since. Similarly, Cristina Bentley is also a successful YouTuber.

In the year 2012, she won the New Face of Big Drop NYC national contest. Currently, her self-titled channel is subscribed by over 1.4 million subscribers.

Eugenia Cooney is unmarried and reportedly single. Besides, there are no details about her past affairs or relationships. Her dating endeavors are unknown to public knowledge.

Even though Eugenia's life is like an open book to millions of people on the internet, the same can't be said about her love life. When asked about her boyfriend, she once jokingly said she has a boyfriend and he is the skeleton hanging in her bedroom. 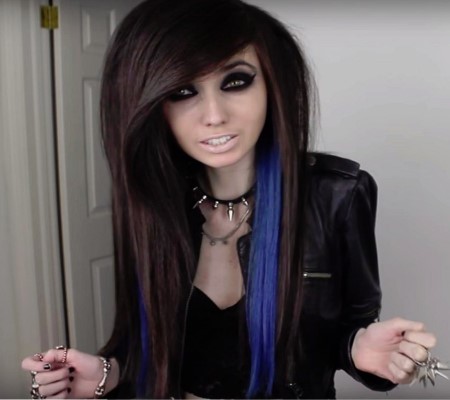 Eugenia appears to be entirely focussed on her Youtube career. She seems too busy making videos, Vlogs, and collaborating with other YouTubers. Despite some criticisms for the tons of attention that she is getting at such an early age, she is not fazed as she has admirers in the majority who love and appreciate her works.

Meanwhile, Eugenia was once banned from youtube temporarily. Many people assumed that most teenaged girls tried to lose their weight just to look like her. She was criticized by many viewers and was dragged on the rumors over her appearances on youtube channel.

People appealed against Eugenia on Change.Org to ban her channel on Youtube. Lynn Cloud made the petition, and more than 18,000 people signed that supplication for her temporarily ban on Youtube. She was accused of influencing various ladies fans negatively.

However, Eugenia completely refused the argument that she is not healthy and suffered from Anorexia.

Eugenia Cooney's net worth is estimated to be $200,000. Her source of income includes her earnings from her career as a YouTuber, vlogger, actress, and model.

Since her career is on a rise, her wealth is expected to increase even further in the coming years.