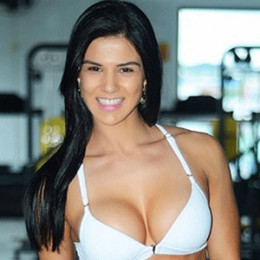 Eva Andressa is a famous Brazillian Fitness model and Social Media Personality. She is known as an athlete of Athletica Nutrition. Andressa gained huge fame from men’s lifestyle magazine Revista as a cover model. Eva is also popular on YouTube and Instagram with more than 235K subscribers on YouTube and 3.1 million followers on Instagram. At the age of 17, Eva decided that she need to bulk up and started her transformation but with no guidance, she left the gym in a month. After some time Eva joined the gym again and now her body is hard to match up.

Eva Andressa was born on 19 December 1984 on Curitiba, Parana Brazil. According to her date of birth, her zodiac sign is Sagittarius. She was very skinny while growing up. At the age of 17, she joined the gym for fitness training.

Andressa was interested in modeling from her early teens. To achieve her dream of becoming a fitness model, she joined a gym. At the beginning of the training, there were no changes in her physique, then after she began her training with a trainer Jardel Barros.

After her training with a professional trainer, she started taking parts in several professional bodybuilding competitions. In 2005, at the age of 21, she participated in the NABBA Lobo Bravo Cup. 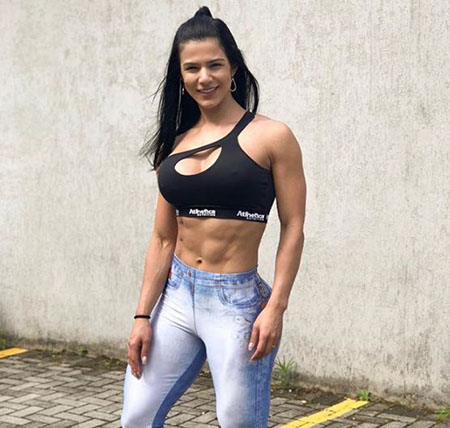 In 2006, Andressa took part in a national level competition, NABBA Paraná Championships and won the first place with her incredible performance. Following her success, she became one of the popular fitness models of Brazil.

Then after the model stated participating in even bigger events. In 2008 she competed in the IFBB Body Fitness Competition and eventually won the first prize. Later in 2009, she participated in the International Federation of Bodybuilding and Fitness competition bagging the first place.

Likewise, the talented fitness model participated in several other competition including the IFBB South American Championship. Apart from the competitions, she appeared in the cover of numerous magazines.

The fitness model is also an incredible motivational speaker. In 2015, she hosted a television show Dica Fitness in which she interviewed famous bodybuilders and athletes. Andressa also has a YouTube channel under her name which has over a million views.

One of the popular fitness models of Brazil, Andressa is earning an attractive amount of money. Her net worth is under review, being a global fitness icon, she definitely has over $million.

The Brazilian model Andressa has an incredible fan following of over 4.6 million. According to multiple sources, an Instagram fitness model is paid from $5,000 to $25,000. Since she is one of the top Brazilian models, she definitely earns more than average.

YouTube stars are paid $2-$5 per 1000 an views, so Andressa is earning a decent amount of money from her channel Eva Andressa.

Eva Andressa is happily married to her husband Jardel Barros. She first met with Barros in a gym and Barros was her fitness trainer. During the training period, they grew closer and eventually fell in love.

Andressa's athletic husband helped her a lot during her struggle days. Barros trained her to achieve to get the perfect body she wished for. However, there is not much information about her married life with Barros.

The beautiful fitness diva has an attractive figure.