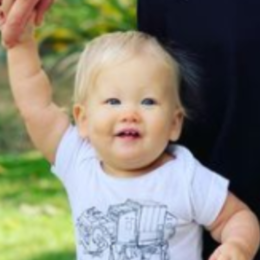 Evie Elise Kress is famous for being the daughter of Nathan Kress and London Elise Moore. Kress is an actor and director from the United States.

After getting engaged in May 2015, Evie Elise Kress' parents Nathan Kress and London Elise Moore, finally tied the knot in November 2015. The pair both had roles in the suspense film Into the Storm in 2014. 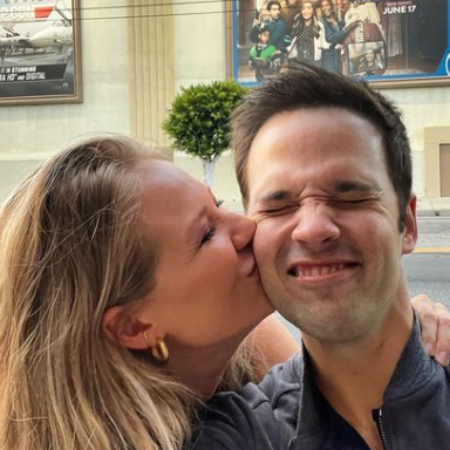 In December 2015, Kress wrote on Instagram, "It's already been one month of marital happiness with my wife. The very best buddy I have anywhere in the entire world. A bright beam of sunshine with blue eyes which can turn any day into a vacation... Simply by her stunning individuality. I can't contain my excitement until hundreds of months have passed."

The pair had been married for almost two years before announcing in July 2017 that they were expecting their first child. He remarked to People at the time about being a parent, "It's a delight, and thankfully, I'm able to be home a reasonable bit with the manner that I work since what I do is in short concentrated bursts, so I've been able to help out. It's been lovely - it's been a cool time to rearrange the house and begin nesting and get things done."

In December 2017, the couple's daughter, Rosie Carolyn Kress, was born. After her delivery, Nathan updated his followers on social media by saying that both the mother and the newborn were doing exceptionally well. "I am a complete emotional mess. To put it positively!"

In October 2020, Kress and Moore announced they were expecting their second child. As per People, their daughter Evie Elise Kress was born in March 2021.

Evie Elise Kress' dad, Nathan Kress, is an actor and director from the United States. At the age of four, Kress began his career in the entertainment industry, performing in various television commercials and giving the voices of Easy and Tough Pup in the comedy-drama film Babe: Pig in the City. 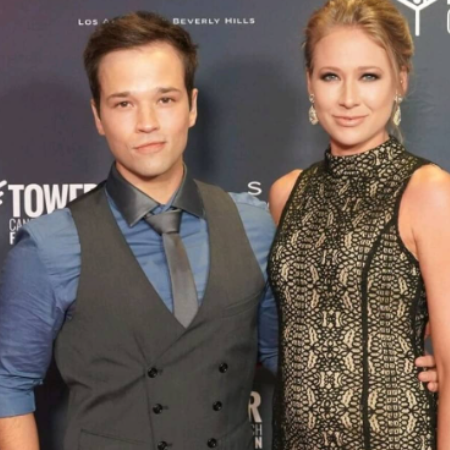 In April 2005, Kress made his debut on television for the first time in a comedy sketch on a show called Jimmy Kimmel Live! He played the part of a young Simon Cowell, who was a celebrity on the television show American Idol.

After that, for the next two years, Nathan worked as a guest star on several different television series, including Without a Trace, House MD Standoff, and The Suite Life of Zack and Cody, a comedy series shown on the Disney Channel. During this time, he was also a part of several short films, such as Magnus, Pickled, Bag, and Inc.

Kress continued to work in voice-over roles. He contributed his voice to characters seen in animated films such as Chicken Little and Shuriken School, the latter produced by Nickelodeon. In the popular family show Drake & Josh, which made its debut in February 2006, Nathan played the part of a young man named Toplin who had a crush on a young woman named Megan Parker.

When Nathan appeared on Dan Schneider's Drake and Josh show, Dan took note of him first. In the presentation that Dan was working on, iCarly, he needed a young actor who was capable of playing a role comparable to that one. Kress was given the part of Freddie Benson in the program when Dan, impressed by his acting ability, called him for an audition and put him in the role.

In the movie Gym Teacher: The Movie, which was created for television by Nickelodeon in 2008, Nathan also appeared in the role of Roland, with Christopher Meloni, who played the character of Dave Stewie. During the same year, he appeared as Freddie Benson in a television movie taken from the iCarly series and titled iCarly: iGo to Japan.

In the fifteenth episode of season 10 of the television series CSI: Crime Scene Investigation, which was titled Neverland, which aired in March 2010, Kress had a guest appearance as a young actor named Mason Ward. The same year, he had a recurring part as Prince Gabriel on the comedy series True Jackson, VP.

In 2014, Nathan made his debut in the film Into the Storm, his first role in a production of significant size. In the same year, he had a significant part in a web series called Video Game High School. He appeared in a film entitled Game of Your Life, which is now being created by NBC and is about college students creating video games. In 2015, Kress directed his debut feature film, Henry Danger.

Evie Elise Kress' net worth is unknown. But her parents have accumulated a sizable fortune through their professional careers. Nathan Kress has a net worth of around $1.5 million. 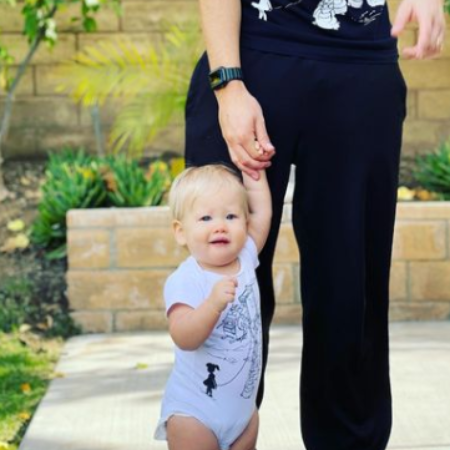 Evie's mother, London Elise Moore, has a $1 million net worth. She is an actress and stunt performer from the United States.