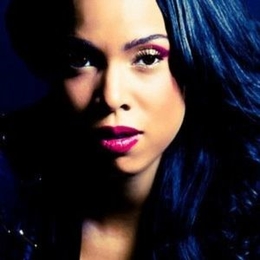 Felecia Henderson is well known as the former wife of Lighthouse Church pastor Keion Henderson. Besides, she is also a television personality who appears in the show Closet Chats. Let's discuss more on her lifestyle and relationship in detail.

Felecia Henderson is a media personality, best known for being the ex-wife of Keion Henderson. Keion is a famous motivational speaker & senior pastor at Lighthouse Church. Felicia walked down the aisle with her boyfriend turned husband Keion Henderson on August 7, 2010. 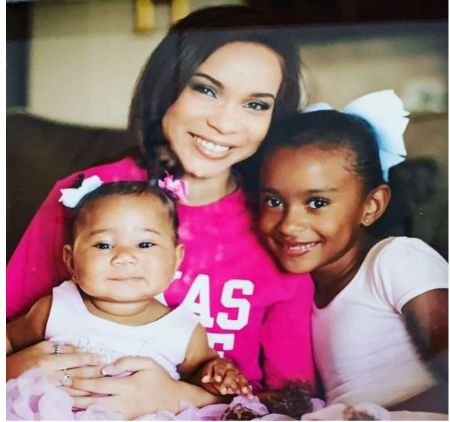 Felecia Henderson together with her two daughters. SOURCE: Pinterest

Further, Felecia is the dotting mother of three beautiful daughters and shares a daughter named Katelyn Henderson with Keion, born in 2012. Meanwhile, from her previous relationship, Felecia welcomed the two daughters- Tynisha Marcel in 1995 & Candis Clements in 2005.

Talking about her married life with Keion, it seemed to be going pretty strong. Not to mention, Felecia also remained a professional partner of Keion for a long time. In 2016, Keion boasted his perfect marital bliss on Instagram. On that post, the pastor praised his wife, calling her "timeless treasure."

But, all of a sudden, after nine years of marriage, the motivational speaker felt that he could now no longer continue to live his life with Felecia. Keion decided to file for divorce which became official in 2019. 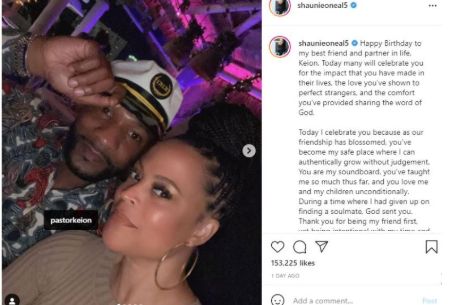 Keion Henderson and Shaunie O'Neal clicking for a selfie at a party. SOURCE: Instagram (pastorkeion)

Following the divorce, Felecia remained single, whereas Henderson found a new soulmate Shaunie O'Neal aka former-wife of the basketball star Shaquille O'Neal. The two first encountered at Keion's conference, and after knowing each other well, romance sparked. After dating for a while, the lovebirds became inseparable. Needless to say, Shaunie also confirmed her romantic relationship with Keion Henderson through her Instagram post on July 2021.

How rich is Felecia Henderson?

Felecia Henderson isn't rich and popular in comparison to her ex-husband Keion Henderson. Before the split alongside Keion, she worked in the Lighthouse Church for many years. There Felecia & her former husband also launched projects like Sugarland Campus. But, after the split, Felecia is no longer associated with the Lighthouse Church as well.

Watch the video of Felecia Henderson with a cast of Closet Chats below.

Likewise, Felecia also appeared as a part of the online talk show series Closet Chats in 2019 alongside Earlene Buggs and Christina Murray. The series discussed mainly the topic of womanhood. From the series, Felecia collected around $10,000.

Speaking about the net worth of Felecia Henderson, it is estimated to be around $200,000. Thanks to her contribution to the Church community and talk shows, including Closet Chats. Not to mention, Felecia also received a good amount of money from her divorce settlement and child support. Currently, Felecia lives a sound life as a single mother together with her daughters and barely makes any public appearance.

Felecia Henderson was once a married woman with her ex-husband Keoin Henderson. But, the two divorced in 2019.

Katelyn Henderson is the daughter of mother Felecia Henderson and father Keion Henderson, born in 2012.

Felecia Henderson, with her mysterious partner, welcomed a daughter named Tynisha Marcel in 1995.

Candis Clements is the third daughter born of Felecia Henderson, born in 2005 from her past relationship.