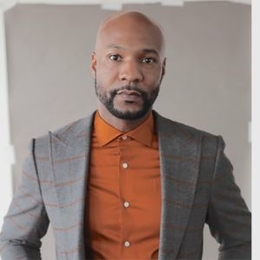 The lead pastor of Lighthouse Church in Houston, Texas, Keion Henderson is prominent for his inspiring and motivational shows. Besides, he is also an entrepreneur and author of the book titled The SHIFT: Courageously Moving From Season to Season.

The American pastor, author, and entrepreneur, Keion Henderson, is prominent as the founder of Lighthouse Church. Accomplished with his career, Keoin, however, had a few bumps in his personal life with divorce as well as meeting new ones again. Let's discover about it more below. 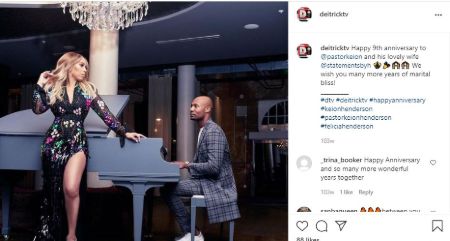 Well, Keoin walked down the aisle with his girlfriend turned wife Felecia Henderson on August 7, 2010, after dating for several years. Together Keoin and Felecia are the proud parents of a daughter Katelyn Henderson born on July 18, 2012.

Unfortunately, the marital bliss of Keoin didn't last forever, as the pastor allegedly filed for a divorce in 2019. It was surprising for many as both were connected personally as well as professionally. The Vlogger Larry Reid mentioned that Keoin was going through changes in his marriage, leading him to take a sudden step. Afterward, the pastor officially confirmed the divorce in an interview with Blessedbeatz Media & fought for the child custody battle.

Following the divorce, both parties moved on with life. Pastor Keion Henderson found a new love in the ex-wife of an NBA player, aka Shaunie O'Neal. On July 6, to wish Keion on his 40th birthday, Shaunie took to Instagram to share a sweet message that also further confirmed their romance. 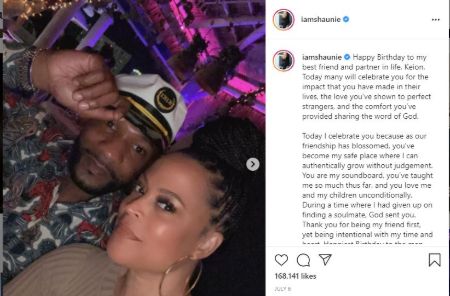 Well, Keion met his future partner Shaunie at one of his conferences in 2019. After having a short conversation, both fell head over heels and started dating. Ever since, Shaunie helps her beau, handles the church activities & takes care of Katelyn as her own daughter.

Talking about Shaunie's past relationship, she married basketball star Shaquille O'Neal in 2002. But she got a divorce citing irreconcilable differences in 2011. The duo shares three children- Amirah O'Neal, Shareef O'Neal & Me'arah O'neal.

More About Keion Henderson - Net Worth

Keion Henderson came to the limelight as the Lighthouse Church pastor, founded in 2009. Coming to his networth, Keion Henderson is assumed to have a whopping $1 million. Thanks to his long life contribution as a pastor, entrepreneur, and author, he made decent earning. Henderson also earns through show tickets and sales of his merchandise & books.

In addition, Keoin's motivational videos on digital platforms welcome 800,00 new weekly viewers worldwide. The author was nominated in 2019 for a Stellar Award for Traditional CD of the Year for his breakthrough album The River.

Recently published his book, The SHIFT: Courageously Moving From Season to Season is out on the market. The book inspires people of all genres and backgrounds to face life's challenging stages with tools, courage, and purpose.

Keion currently relishes a sound life, sharing happiness with his daughter and a girlfriend, Shaunie O'Neal, maintaining a balance between his family and professional life.

Keoin once tied the knot with his girlfriend turned wife  Felecia Henderson. But it ended in divorce in 2019.