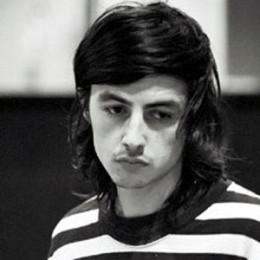 Felix Bloxsom is a professional musician and songwriter. He is best known as one of the country’s most exciting and diverse drummers who is the winner of 2004 Bell Award for Young Australian Jazz Artist of The Year and was 1st Place National Jazz Awards, Wangaratta. He is also a DJ and record producer working under the name of Plastic Plates. He is currently dating supermodel Erin Heatherton.

Felix Bloxsom was born and raised in the city of Sydney, New South Wales, Australia. While in primary school he became a close friend of Sam Sparrow who is an Australian singer, songwriter, and music producer.

Felix’s father and Sam’s grandfather were also close to each other’s family and used to play local jazz band together. He completed his higher education from Sydney Conservatorium of Music in 2000.

Bloxsom began his career as a drummer for Sparro’s music album. He played drums for every song that featured on Sparro’s second album, Return to Paradise as well as was credited for remixing the song, Shades of Grey for the album’s re-release. He also collaborated again on Plastic Plates’ single, Stay in Love.

Soon after he completed Jazz studies, he performed live and in the recording studio with a diverse group of artist across many styles and genres. Some of the artists he worked with are MIKA, Sia Furler, Christina Aguilera, Kelly Clarkson, Jennifer Lopez, Edward Sharpe and the Magnetic Zeros, Paloma Faith, The Sleepy Jackson and so on.

Till now, he has done over five singles including Things I Didn’t Know I Loved (ft. Simon Lord), More Than Love, Toys and Come on Strong. Moreover, he has worked in remixes such as Lara Vs The Savage Pack, Turn Your Back On Love, Every Little Thing (ft. Irfane & Teki Latex), I Don’t Know What To Do (ft. Jeppe) and much more.

Felix Bloxsom is in a love relationship with Erin Heatherton, since 2014. The boyfriend-girlfriend met each other through a mutual friend. Their friends thought they would make a perfect couple and seems the decision was right.

The couple appeared in public for the first time when they walked away from the Victoria’s Secret Runway. The duo does not make many public appearances, but they have a smooth relationship as there is no news about their break up.

Just like him, his girlfriend, Erin is also quite famous worldwide mainly due to her work as a renowned American fashion model and actress.

Bloxsom is one of the renowned musicians who has worked for singers like Adele, Sia, Kate Perry and so on. Working with a different celebrity, he must have been paid a good sum. He indeed has managed to maintain a net worth in seven figures.