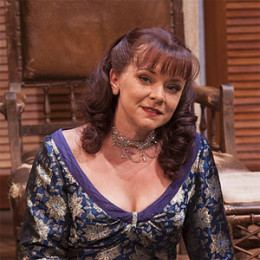 British actress, Finty Williams who is popularly known for the series, 'Born and Bred' also appeared in other hit movies like The Importance of Being Earnest, Gosford Park, Ladies in Lavender and others. She is popular as the daughter of Dame Judi Dench.

Finty Williams was born Tara Cressida Frances Williams on 24th September 1972 in London. She is British and belongs to White ethnicity. Williams is the only child of her parents, Michael Williams and Judi Dench (an actress). In 1994, she graduated from the Central School of Speech and Drama.

Finty Williams began her acting career from the TV series, The Torch in 1992. A year later, she appeared in the 1993 movie The Mystery of Edwin Drood, along with stars Barry Evans, Robert Powell, Gemma Craven, Freddie Jones, Jonathan Philips and Rosemary Leach among others.

Williams featured in several hit movies and series among which she is popularly known from the British comedy series, Bron and Bred and her appearance in the Oscar-nominated movie, Gosford Park by Robert Altman.

Her latest movies include the 2013’s Delicious where she shared the screen along with the members Dawn French, Tanya Reynold, Iain Glen, Ruairi O’Connor, Emilia Fox and Shelia Hancock.

The niece of Jeffery Dench, Finty Williams, is a mother to a son, Sam Williams. However, she has not disclosed the father's name. Not only that, she even kept the news of her pregnancy from her parents.

Williams is unmarried but is in a relationship with Joseph Timms. The couple, despite their age difference of 13 years, is happy together. The lovebirds are planning to get married soon.

Some of her movies like Gosford Park, The Importance of Being Earnest, Ladies in Lavender made $87.8 million,  $17.3 million and $20.4 million respectively.

On 6th June 1997, Finty Williams became a mother for the first time after the birth of her only son, Sam Williams. Until today she has not revealed the name of his father.