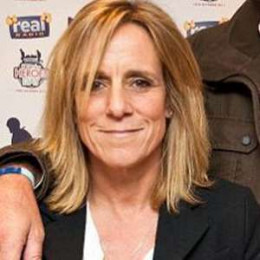 Frances Cain is popularly known as the ex-wife of broadcaster and journalist, Jeremy Clarkson. The couple tied the knot after dating for months. Moreover, they share three children together.

Frances Cain is a wife of Jeremy Clarkson, broadcaster, journalist, and writer who specializes in motoring. In 1987, her husband, Clarkson wrote for 'Amstrad Computer User 'and made articles about 'Amstrad CPC' game reviews. In 2007, Frances husband Clarkson won the National Television Awards Special Recognition Award.

In 2007, Clarkson wrote and presented 'Jeremy Clarkson: Greatest Raid of All Time', a documentary about the World War II Operation Chariot, a 1942 Commando raid on the docks of Saint-Nazaire in occupied France.

Frances Cain and  Jeremy Clarkson married in 1993. The wedding took place in Fulham, United Kingdom. The couple has been blessed with three children, Emily Clarkson, Katya Clarkson, and Finlo Clarkson.

In April 2014, Frances Cain reportedly filed divorce, however, the end result was never made known to the public. After the divorce, Frances remained single, whereas, Jeremy moved on with his new girlfriend, Lisa Hogan.

Frances Cain's net worth is yet to reveal, whereas, her ex-husband, has an accumulated net worth of $60 million.

Frances Cain was born in the United States. She is the daughter of Robert Henry Cain, VC recipient who served the British Army and fought the Second World War. Her father was awarded the Victoria Cross.

Frances Cain and Jeremy Clarkson married in 1993. The wedding took place in Fulham, United Kingdom. The couple has been blessed with three children, Emily Clarkson, Katya Clarkson, and Finlo Clarkson