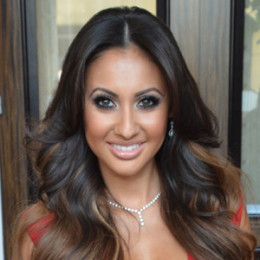 Francia Raisa is an American actress known for her roles, Leti in the movie "Bring It On: All or Nothing" and Adrian Lee in the drama series, "The Secret Life of the American Teenager" for which she won a Gracie Allen Award. She is widely recognized for her kind act after she donated a kidney to her best friend, actress and singer Selena Gomez who was battling lupus.

Francia Raisa was born on July 26, 1988, in Los Angeles, California to Renan Almendarez Coello, a radio personality, and Virginia Almendarez. She has two younger sisters, Irlanda Almendarez and Italia Almendárez. She is of Honduran Mexican descent.

Raisa joined Bishop Alemany High School, where she was a cheerleader.

Francia Raisa started to take acting jobs in her junior session of high school. She used to appear in print ads and commercials. She started her acting career in a guest role in the sitcoms American Family: Journey of Dreams and Over There.

During her senior year, Raisa booked one of the first lead roles in All or Nothing opposite Hayden Panettiere. She also co-starred in the Nickelodeon movie Shredderman Rules where she played a role of Isabel. Similarly, she portrayed a role of Alejandra Delgado in The Cutting Edge: Fire and Ice. 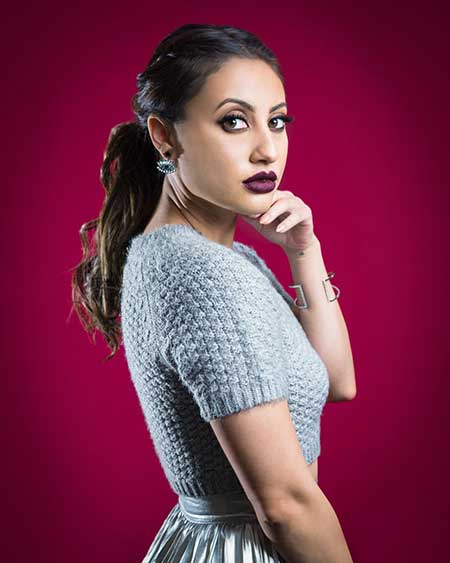 Furthermore, Raisa played a role of Adrian Lee in the popular drama, The Secret Life of the American Teenager. She featured in Lil’ Romeo’s music video named My Girlfriend as Tamy.

During the year 2009, Raisa appeared as a guest on the USA network’s TV series, In Plain Sight. She co-starred in a short movie, Boo which was directed by David Henrie. She also featured in a music video for pop duo Savvy & Mandy and guest starred in the second season of Degrassi: The Next Generation.

Additionally, Raisa featured in a Christmas theme-movie, Christmas Bounty along with Mike “The Miz” Mizanin. In 2015, she launched a Kickstarter project officially.

Francia Raisa is living a lavish life. She has an estimated net worth of $4 million. As per the sources, she earns nearly $500k-$700k from movies and TV series.

Francia Raisa is in a romantic relationship with her longtime cinematographer boyfriend, Christian Adkins. The couple is together for a long time and their cute PDA on Instagram never failed to impress their fans. She has 1.1m+ followers on her account as of August 2018.

You guys!!! My boyfriend flew to Atlanta and surprised me for my birthday! I literally had just broken for lunch when I see him walking towards me with roses. My friends were supposed to fly down. I was not expecting him at all!...... You guys got me haha! You pulled it off and I’m so happy. I feel so special and so loved and I’m so happy he’s here. Thank you for surprising me babe. It means the world to me that you came to spend my birthday with me

Previously, Raisa was rumored to have an affair with an actor, Josh Hutcherson but both of them denied the rumors.

In summer 2017, she set up a perfect example of great friendship as she donated a kidney to her best friend, Selena Gomez. Selena suffered from a disease named Lucus which affected the healthy tissue of her body. In the year 2015, Gomez was diagnosed with Lucus and was in search of the donor.

I’m very aware some of my fans had noticed I was laying low for part of the summer and questioning why I wasn’t promoting my new music, which I was extremely proud of. So I found out I needed to get a kidney transplant due to my Lupus and was recovering. It was what I needed to do for my overall health. I honestly look forward to sharing with you, soon my journey through these past several months as I have always wanted to do with you. Until then I want to publicly thank my family and incredible team of doctors for everything they have done for me prior to and post-surgery. And finally, there aren’t words to describe how I can possibly thank my beautiful friend Francia Raisa. She gave me the ultimate gift and sacrifice by donating her kidney to me. I am incredibly blessed. I love you so much sis. Lupus continues to be very misunderstood but progress is being made. For more information regarding Lupus please go to the Lupus Research Alliance website: www.lupusresearch.org/ -by grace through faith

Check out the video of Francia Raise where she presents Selena Gomez with "Woman of the Year Award" at Billboard Women in Music 2017,