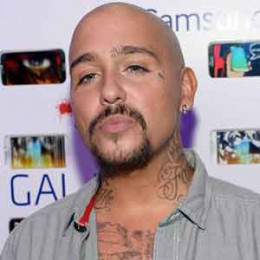 American actor, Francis Capra is best known for portraying the role of Calogero Anello in A Bronx Tale for which he received a nomination for Young Artist Awards. He is also equally popular for his role as Eli "Weevil" Navarro in the TV series Veronica Mars and Max Connor in Kazaam. As of 2018, he is starring in the TV series iZombie.

Francis Capra is officially a married man and lives a blissful married life with girlfriend turned wife, Nora Capra. Do they have any children?

Francis Capra is happily married to his girlfriend whose name is Nora Capra. However, he often posts romantic pictures with her on his Twitter account where he has 16.4k+ followers.

Capra is an avid gamer and devotes hours of a day to the game named "World of Warcraft". He often praised G4 TV and the gaming-based web series, The Guild.

Two of the greatest women I’ve ever known. One saved my life on TV, the other one did it for real. I am so blessed. ?@IMKristenBell? ?@Snow2718? pic.twitter.com/M2g35dtTk1

Francis posted a Twitter image with two ladies on 7th March 2019 where he mentioned that one lady in the image saved his TV life and the other gave him is real life.

October, you gotta chill out. @TwitchCon, LA Comic Con, I’ve barely recovered from NY Comic Con & now I hear about #TFCon in Chicago?? But As much as I’d love to attend, THE MOST important event in October? Not , Celebrating the birth of the one & only @Snow2718 on the 18th! pic.twitter.com/JU4Lalfs0v

Earlier in October, he celebrated the birthday of his lovely lady Nora Capra in October 2018 and posted adorable image via Twitter. Despite not having any children, the pair enjoys one another's a company without any rumors of divorce.

Francis Capra has an estimated net worth of $1.5 million. His primary source of income is a career as an actor. Capra starred in a number of TV series and movies to date. He pockets $30-$60 thousand per episode for his appearance in series. Speaking of movie earnings, Francis earns $50-$100,000 per movie.

Francis Capra has earned a good sum of the amount from his acting career. He earned more than $100,000 per episode from his appearances in the TV series. He has starred in a number of box office success movies and some of them are enlisted below;

Walking into Francis Capra's lifestyle, he lived in a lavish Hollywood Hills home. The Bronx Tale star put the same house for $1.549 million in 2018. The Spanish revival style house was constructed in 1925. It consisted of arched doors and windows beamed ceilings and wrought ironwork.

Capra started his acting career in 1993 at the age of 10 in A Bronx Tale where he played the role of young Calogero Anello for which he received Young Artist Awards for Best Youth Actor. 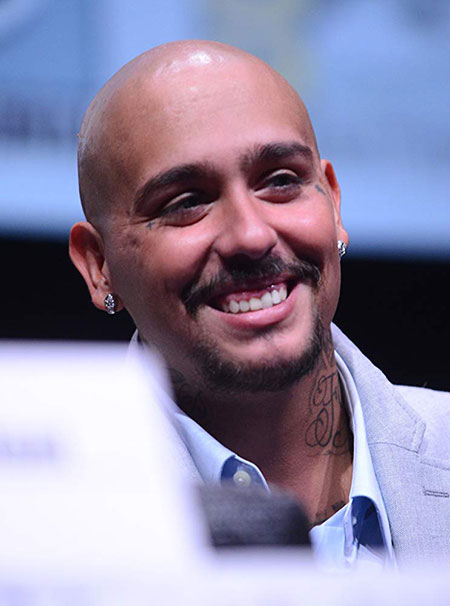 He rose to fame after starring in the critically acclaimed TV series Veronica Mars opposite Kristen Bell. He guest-starred teen drama TV series, The O.C. Then he appeared in a number of TV series such as The Closer, Lincoln Heights, Criminal Minds, Friday Night Lights, Heroes and others.

Some of his popular movie credit includes Crank, Kazaam, A Simple Wish, Free Willy 2: The Adventure Home. Apart from acting, Capra branched out into film production and owned a production company called Take Off Productions with fellow actor De'Aundre Bonds.

Francis Capra was born on April 27, 1983, on April 27 under the birth sign of Taurus. He completed his schooling from the Lady of the Assumption Catholic School. He is of Italian and Dominican descent.

Capra has three siblings, a brother, Chanel Capra, and two sisters, Asa Capra, and Ava Capra. He was too young when he lost his father who was killed in 2003. So, he and his siblings were raised by his mother only.