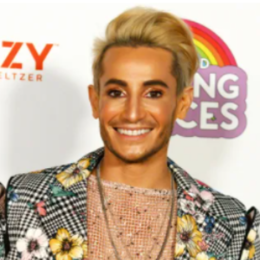 Frankie Grande is the half-brother of the singer-songwriter Ariana Grande and related to the singer through their mother, Joan Grande. Besides their high-profile careers, the two have a powerful bond and call themselves best friends.

TV personality Frankie Grande is openly gay and got engaged to his boyfriend turned fiance Hale Leon in June 2021. The 38-year-old asked his actor partner Hale Leon,28, to marry him in an over-the-top virtual reality proposal. 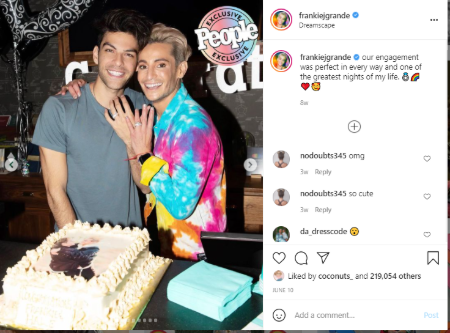 Right after that, Grande wrote on Instagram, "He said Yes! We're engaged! He wanted to spend the rest of his life with me playing games and making me laugh forever."

Grande proposed Leon at Dreamscape in Los Angeles, where the pair went to as one of their initial dates at the end of the VF adventure, which displayed intergalactic virtual fireworks.

The Broadway star additionally noted the timing of his proposal amidst Pride Month, mentioning on social media "what a way to celebrate pride." 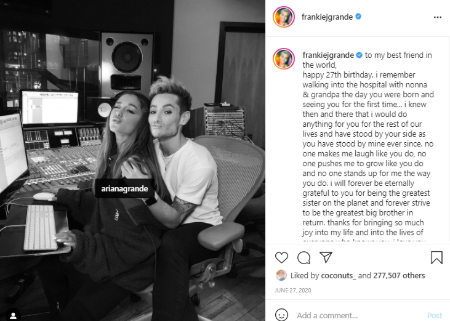 Speaking of Grande's relationship with Leon, the lovebirds met each other in 2019 at a line dancing bar. Meanwhile, his half-sister Ariana Grande tied a knot in May to Dalton Gomez in a private ceremony at her Montecito, California home.

Past Affair of Frankie Grande

In November 2018, Frankie broke the headlines after dating a married duo, Daniel Sinalson, and Mike Pophis, for nearly three months. Sadly, the trio parted ways in January 2019. A month later, the star announced his gay relationship with married men left everyone in awe.

Frankie Grande has added millions of dollars to her bank account through his professional career as an actor, dancer, singer, TV host, and prolific YouTuber.

Grande made an onscreen debut by portraying the character of Mamma Mia on Broadway before playing Franz in the musical Rock of Ages. Being a television personality and the brother of pop star Ariana Grande, Frankie earned an immense fan following on social media too. Furthermore, he starred on Celebrity Brother in 2016.

Speaking of Ariana, she's a world-famous pop sensation and powerhouse who began her career on Nickelodeon. Though the siblings are focused on their own particular projects, they collaborated on a cover of "Seasons of Love" in the fall of 2018.

All in all, Frankie recently won the hearts of millions for his duo cover on one of their favorite songs from the musical Rent. It is clear that Frankie and Ariana are the perfect siblings; they support each other in every step of their lives.

Frankie Grande recently got engaged to his boyfriend of two years, Hale Leon, in June 2021. They are soon planning to get married as well.