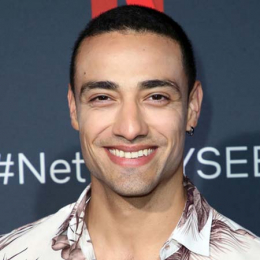 The 26-years-old rising actor, Freddy Miyares is on the way to making his name in the industry. With a decent career, he makes a fortune out of it living a glamorous and lavishing life. Let's find out if he has a balanced life or if he's struggling. What is his personal and professional life actually like? Let's find out in the bio below!

Freddy Miyares' Personal Life; Who Is His Girlfriend?

'The Code' actor Freddy Miyares was enjoying single life until June 2019. In the past few years, Freddie managed to stay away from rumors linking him to any celebrity so far. He might have many reasons to stay single.

However, Miyares Instagram post of July 7, 2019 speaks something new. It looks like Miyares is in a lovey-dovey relationship with a mysterious girl Since July 2019.  The 26-year-old took some picture of a girl on his Instagram with a dog captioning:

"My love NYC be good to her" 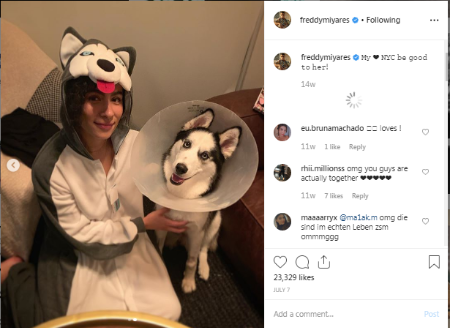 Freddie Miyares hints he is in relationship. SOURCE: Instagram

Miyares, being a rising star in the industry, and has a long way to go for him. Being in a relationship at this early day of his career, he might lose focus on achieving his dream. He's got his own reason to manage his personal life. 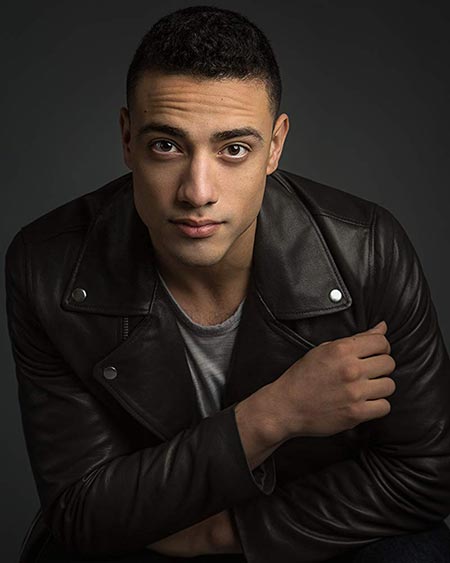 Star from the TV series 'When They See Us', Freddy Miyares.

He's one of the attractive stars who every girl wants to be in a relationship with. But, he wants to stay away from dating life as he's on the way of embracing his professional career.

While his private life and affair is beyond the reach of fans and media, his relationship with his family members is pretty clear. He posted an image of his childhood days with his mother celebrating 'Mother's Day'.

How Much Is Freddy Miyares Net Worth?

Kicking off his career in 2018 from series 'Elementary' portraying the role of 'Javi', Freddy Miyares has been a decent part of the Hollywood industry. So far, he's got to play in just three TV projects. His recent performance comes with the role of Sgt. Ximinez in a series 'The Code'.

Although his role is limited, he gave a strong performance in a series 'When They See Us' where he portrays the role of a convicted male in real life, Raymond Santana. Ava Duberney signed him for this true story in which Santana portrays the role of real-life personality with whom he shared a picture on Instagram.

Apart from his career in acting, he is also signed with Don Buchwald and Associates as a film editor. Miyares is one of the diverse and skilled personalities in the industry.

With just a few works in his hands so far, he makes a net worth of around $200,000-$500,000. All his earnings come from his contribution to the Hollywood industry.

The actors in the Hollywood industry makes an average salary of $14 per hour. It depends upon the profile of an actor as an established actor makes around $40 per hour. The newcomer like Miyares earns about $30,000 every year which is quite a good sum of money.

Miyares lives a luxurious lifestyle in New York and owns one of the most expensive dogs in the U.S. He owns an adorable Siberian Husky and named it Luna, which costs around $1,000 in New York. 'The Code' actor is fond of wearing fancy garments, jewelry, and watches.

Born on October 26, 1992, in California, U.S, Freddy Miyares is a Latino-American actor who was born with the zodiac sign of Libra. He is a son of Freddy Miyares Sr. and Alma Miyares. He has a brother named Alejandra Miyares.

He shared adorable images of his birthday celebration via Instagram in 2018. Just look at the little Miyares so excited to blow out the candles:

Further, Miyares spent his early days in Miami where his family currently resides. Freddy and his sibling inherited Cuban and Honduran descent from their parents. Moreover, he can fluently speak Spanish.

Believe it or not, Miyares had to face a lot of racial discrimination while growing as a Latino-American kid. When They See Us star added, he and his other Spanish speaking fellows spoke native tongue, they were treated as "refugees". For the very reason, it compelled him avoid speaking Spanish as a child.

Speaking of academic qualification, the actor obtained his graduation from the Carnegie Mellon School of Drama with BFA in acting in 2017. Other than that, Miyares, 5'10" tall actor was a sharp as a kid, as he could speak Spanish at his young age.