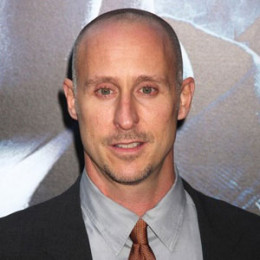 Gavin O’Connor was born on October 30, 1964. He was born and raised in Huntington, New York on Long Island. He grew up with his twin brother Greg O’Connor.  He graduated from the University of Pennsylvania.

O'Connor is a film director, screenwriter, producer, playwright and an actor. His first work as a screenwriter was The Bet in 1992. The following year he performed in Demme’s directorial venture Who’s The Man?. Comfortably Numb was his directorial debut which he co-writes and featured in 1995. The film was featured in both Cannes Film Festival and Boston Film Festival. Later he produced, write and cast in Off-Broadway play Rumblings of a Romance in 1997. In 1999 Janet McTeer starred in his film Tumbleweeds which won the Filmmakers Trophy at the Sundance Film Festival. The film was based on his then-wife Angela Shelton’s life.

He got the recognition after his work Miracle in 2004.  Prior to that, he served as an executive director in several smaller independent projects. The blockbusters such as Warrior in 2011 and Pride and Glory in 2008 are included in the list of his incredible work. Warrior was released by Lions Gate Entertainment. Furthermore, he worked as a director and executive producer on the Netflix Seven Seconds.

Gavin is the founder of Final Cut Features Company along with his brother Greg. The Company assists independent filmmakers with post-production financing and services.

Brooke Burns is the current wife of the handsome screenwriter Gavin. The duo tied the knot on June 22, 2013. He was previously married to Angela Shelton.

The multi-talented personality earns a decent amount from his career as a screen writer, producer, director and an actor. His net worth is certainly more than the seven figures.

Angela Shelton and Gavin were a married couple but due to some reason, they divorced. She is an American screenwriter, actress and documentary film producer.

Gavin O'Connor married actress Brooke Burns in the year 2013. He is the third husband of Brooke.