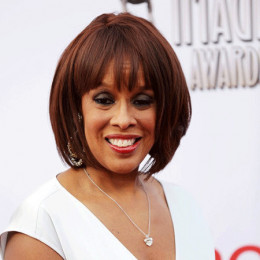 A co-anchor of CBS This Morning who is one of the most renowned anchors in the world. She is also a friend and business partner of Oprah Winfrey.

Gayle King was born on 28th December 1954 in Chevy Chase, Maryland. Her father was an electrical engineer while her mother was a homemaker. Her father’s work took the family all over the globe, including turkey, where Gayle spent most of her childhood.

In Turkey, King studied at the American school. The family later returned in the US and settled in Maryland. Gayle then enrolled at the University of Maryland and graduated in 1979 with two degrees, one in sociology and the other in psychology.

The American TV personality and journalist is co-anchor of the morning show of CBS News known as CBS This Morning. She has held this position since 2012. Moreover, she is an editor-at-large for O, The Oprah Magazine.

Gayle King has an estimated net worth of $20 million. Her source of income includes her salary and earnings from her career as a magazine editor and journalist.

Moreover, Gayle has made a small fortune thanks to her success as a news anchor, and a talk show host.

Gayle King is currently single and does not have any man in her life. However, she was previously married to her long-term boyfriend William Bumpus. The pair took their wedding vows in 1982 at an intimate ceremony. They first met in 1981 when Gayle switched cities and moved to Connecticut from Kansas City.

The couple was together for 11 years, divorced in 1993. Gayle filed for divorce after she caught her then-husband cheating on her. In fact, she caught him redhanded sleeping with another woman.

The former spouses share two children, a daughter named Kirby Bumpus, and a son named Will Bumpus. They decided to co-parent their kids even though they were no longer together. Meanwhile, both the kids, who are full-fledged adults by now, are in Gayle's custody.

Aftermath Of The Divorce

Gayle dated a few men since her divorce. In 2018, she revealed she once went on a date with a married man. King then insisted she learned the lesson to ask the marital question before dating.

He was an assistant attorney general in Connecticut. After 11 years long marriage relationship couple got divorced. Together they were parents of a son and a daughter.

He is the eldest child of the family. He is handsome and talented like his mother.

She is cute and gorgeous. She is the youngest daughter. Couple gave birth to really beautiful daughter.