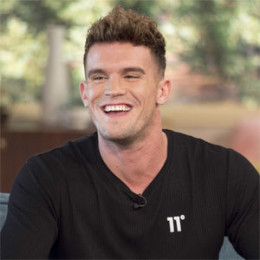 Gary Beadle, an English reality TV personality who is known as Gaz has earned much of the fame and popularity from the various TV reality show which also became the reason behind his failed relationship. Beadle appeared in MTV reality show such as Geordie Shore and Ex on the Beach.

Born on 22nd March 1988 in New castle England with the birth sign Aries, Beadle is British and belongs to White ethnicity. He was raised by his parents, Shirley Beadle and Kevin Beadle along with his older sister, Claire. He was born with chronic asthma so had to visit hospital numerous times for the treatment.

Beadle attended one of the local school and was a captain of the football team.

As Beadle grew up, he shifted from sports to reality TV show. He made debut from the British TV series, Geordie Shore in 2011 along with Scott Timlin, Charlotte Crosby, Vicky Pattison, Holly Hagan, Elettra Miura Lamborghini, Ricci Guarnaccio and others.

Moreover, playing in the first series, he was also signed for the next one named, Ex on the Beach in 2015 and 2016 for second and fifth series. Apart from that he even appeared as a guest in many of the shows like This Morning, Drunk History, Big Brother’s Bit on the Side, Safeword and much more.

As of 2017, appeared as a guest contestant on the Australian version British cookery reality show named, Hell’s Kitchen which aired on ITV.

Beadle is in a relationship with a British model named, Emma McVey since 2016. The couple briefly separated for a while as his girlfriend accused him of being a cheater. After some months of their break up, they again rekindled their romance.

As of 2017, the couple gave out the good news about their first child. The pair announced it via their social media by posting a picture where they were carrying a small baby shoe with a caption,

‘’ SO SO SO excited to eventually be able to tell you all this... I AM GOING TO BE A DAD... WE ARE HAVING A BABY…I love kids and literally can't wait for this new adventure... argghhhh literally no words SOOOO HAPPY!!!’’

Apart from his current relationship, he was in an affair with many ladies in the past.

Lillie Gregg, a model, and Beadle, dated for years. Everything was going smoothly until the show, Geordie Shore came between them.

Beadle chose the show instead of her which became the reason behind their split. The pair who became contactless since their break up came face to face in the show, EX On The Beach.

Moreover, when he was in the Geordie Shore, he met Charlotte Crosby with whom he had an on-off relationship. Crosby revealed that she was pregnant with Beadle’s child during their link up. Later it was found that she suffered from an ectopic pregnancy. After almost five years of relationship, the pair separated.

Besides these, there were rumors that he dated Marnie Simpson and Vicky Pattison. After many failed relationship he has finally found love and is happy with his girlfriend.

Beadle after participation in many TV series has successfully collected a net worth of $16.8 million.