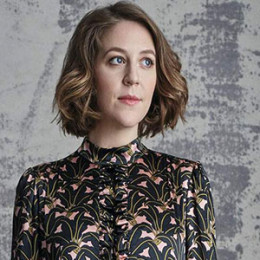 Most of us might have heard about celebrities getting fame from their appearance in the hit TV series, Game of Thrones. Among all those, Gemma Whelan is one, who rose to stardom after portraying the role of Queen Yara Greyjoy. Since 2012, she is appearing as a recurring character.

Gemma Whelan is yet to get married but she is enjoying her live-in together relationship with her longtime boyfriend, Gerry Howell.

Whelan, the Game of Thrones cast met her spouse-to-be years ago. She never lag behind sharing the moment spent with her husband and child on several pictures on social media. 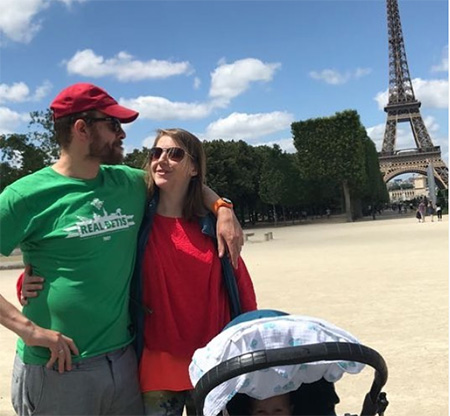 Gemma Whelan with her partner Gerry.

The boyfriend-girlfriend couple shares a child, daughter born in in February 2018. She annouced her pregnancy in July 2017 and also showed off third trimester huge baby bump via Instagram on January 18, 2018.

Despite the busy schedule, the cupid somehow manage to take the proper of their kid. The starlet most recently celebrated Easter Day on April 12 2020.

One of us loved this #sointune

The couple is waiting for the right time to walk down the aisle but has kept every detail about their life to themselves. As of now, the whole family is living in London.

Gemma Whelan Is A Cast Of Game Of Thrones

Game Of Thrones star, Gemma Whelan has an estimated net worth of around $1.5million. She is earning a good amount from her acting career.

One of her 2010 movies, Gulliver's Travels collected around $237.4million at the box office which was made with a budget of $112million. The actress starred in the movie with Jack Black, Emily Blunt, and Jason Segel.

The star worked in the numbers of hit TV series including HBO's Game of Thrones from where she definately makes a great amount. Moreover, a TV star makes an average salary that ranges from $150k to $1million.

Apart from all these, Whelan is also involved in charity works. She participated in a fundraising program for diabetes in the UK.

Gemma Whelan annouced that she is expecting a child with her boyfriend in July 2017. A few months later, she gave birth to their first child.