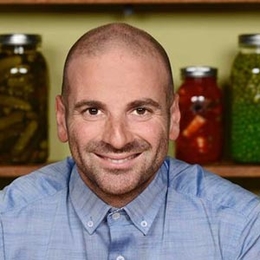 George Calombaris holds a career as an Australian chef and an owner of a restaurant of Greek heritage. Also, he is one of the judges of the series 'MasterChef Australia' which broadcasts on Network Ten. Besides, he regularly appears on the Network Ten cooking show, 'Ready Steady Cook'.

George Calombaris is happily married to his beautiful wife, Natalie Tricarico since September 16, 2018. The husband and wife live a delightful life with their son, James, and a daughter, Michaela, in Melbourne. 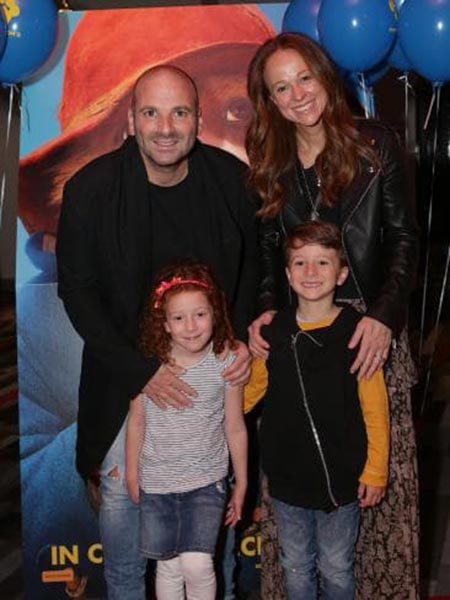 George Calombaris with his wife and children.
SOURCE: Herald Sun

George dated Natalie for about 11 years, before tying a knot on September 16, 2018, in Greece. The wedding was one to remember with some famous guest friends including MasterChef judges Matt Preston, Gary Mehigan, and Shannon Bennett. 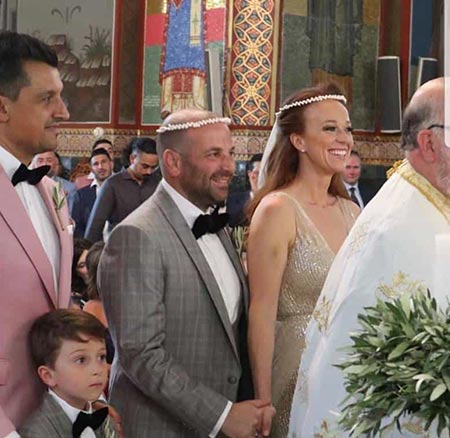 The romantic couple is parents to a son James born in 2011 and a daughter born in 2013. Moreover, George resides in his workplace, Melbourne, with his wife and children.

Apart from his joyous love life, Calombaris got himself into trouble recently in July 2019. He was accused of paying less to his workers, and he accepted it and also apologized. Have a look at the video to understand the whole situation!

The unacceptable activity had him charged with a fine of $200,000 and made people furious. The four-year investigation figured out; he underpaid $7.83 million to his 515 employers. Moreover, people even wanted the MasterChef to sack him from the show.

George Calombaris Career And Net Worth

George Calombaris makes a net worth of $800,000 to $1.2 million. He is the owner of a restaurant and an Australian chef. Besides, he also appears in the TV shows and judges the Australian version of MasterChef.

Born on October 4, 1978, in Melbourne, Australia, George Calombaris currently resides in Melbourne. He is of Australian nationality. Similarly, his zodiac sign is Libra. 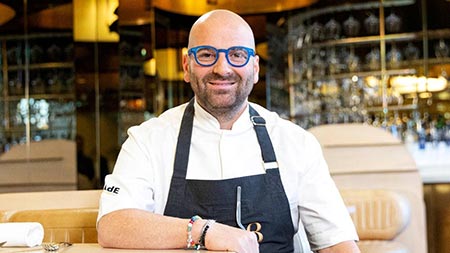 Australian Chef and a restauranter, George Calombaris.
SOURCE: The Australian

Calombaris attended Mazenod College in Mulgrave and later, went to Box Hill Institute of TAFE. Also, he gained the Bon Land scholarship while an apprentice in 1999. At the age of 23, he participated in Bocuse d'Or culinary Prix in Lyon and finished in the 16th position. Besides, he judged MasterChef Australia and crowned Adam Liaw as its second season winner.

Australian MasterChef, George Calombaris married his girlfriend of 11 years, Natalie Tricarico on September 15, 2018. The husband and wife live a delightful life in Melbourne.

George Calombaris and his wife Natalie Tricarico gave birth to the first child, a son, James in the year of 2011.

Natalie Tricarico gave birth to her first daughter, Michaela, in the year of 2013, with her husband, George Calombaris.