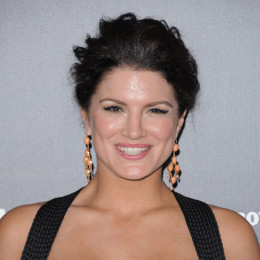 Former third best 145 lb (66 kg) fighter in the world, Gina Carano is a talented American actress, fitness model as well as a television personality. She was former mixed martial artist (MMA). She had championship bout against Cristiane Justino that headlined, Strikeforce: Carano Vs. Cyborg but she lost to Justino. She has made appearances in numbers of blockbuster films. Fight Girls, Blood and Bone, Haywire, Fast & Furious 6 include some of them. Some of them have helped her to earn honors too.

She is keeping her dating life and affairs far from the media and fans.

Most probably she is single at present.

This MMA fighter has been living high profile life being listed as "Top Ten Influential Women of 2008" list on Yahoo!. She was also considered to have been one of the best fighters of her time.

However, she has been able to remain away from rumors that would turn down her image. She has been into some romantic associations but reports suggest her single currently and she is probably looking for her soulmate to continue her love life further.