Is Mixed martial Artist Gina Carano Dating Someone? She Is Notoriously Private 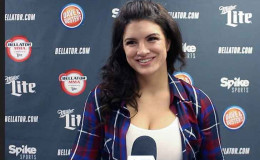 Mixed martial artist Gina Carano played a vital role in making people crazy about the mixed martial art. It was the first time that women headline a major MMA event in 2009 and it was all her contribution. Now she's widely known for her role in movies like Fast & Furious and Heist, still, people love and admire Gina Carano inside the cage.

Mixed martial artist Gina Carano played a vital role in inspiring women to consider the mixed martial artist as a longtime career. It was the first time that women headline a major MMA event in 2009 and it was all her contribution. She is also an actress and is widely known for her role in movies like Fast & Furious and Heist.

We all are up to date about her professional life but what about her personal life? Is the gorgeous diva dating someone? Who is her boyfriend?

Gina Carano's Current Life; Is She Dating Someone Secretly?

Carano, 36, starting her profession in sports to being a successful actress, has achieved the best in her career.

She played the key role to bring women's MMA out of the dark. Her Strikeforce against Cris Cyborg on Showtime created a great revolution on cable TV as women headlined a major MMA event for the very first time. 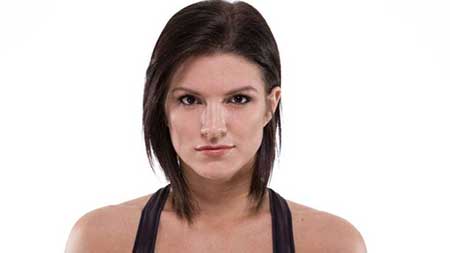 Maintaining a perfect balance between her mixed martial art and acting is a tough task on itself and she has done it the better way possible.

?? I was one of the few athletes/first fighter to be put on the cover of the first ever #thebodyissue @espn in 2009 alongside @serenawilliams and some other awesome athletes... ?? great to see it’s still going strong and evolving. SWIPE #breakingbarriers #Repost @piacoronado ··· Since they released the new covers of the #BodyIssue, #throwback to @ginajcarano’s cover???? #strongisbeautiful #thebossissue #owningit

She appeared in two movies in 2018 namely Madness in the Method and Scorched Earth. Well, with such a busy schedule we never know she has some special time for her love life or not.

She is most probably single at present as she's barely seen spending a quality moment with someone special. Despite being active on social media, she has given no clues about her current dating life.

We wish to see her in a new romantic life on the following days.

Gina Carano's Past Affairs And Relationships

Carano was previously in a relationship with an American Muay Thai kickboxer and mixed martial artist Kit Cope.

After separating from Cope, she remained single for some time until she met Justice League star, Henry Cavill. The couple first met at the Jessie J Live in London VIP reception in August 2012. It was the moment when Carano was busy filming the Fast and the Furious 6. 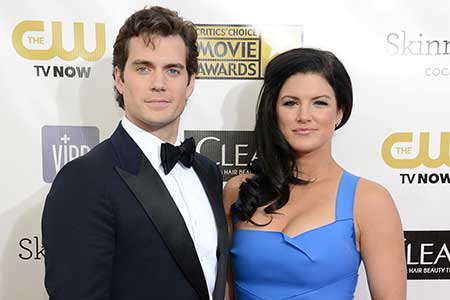 The on-off couple kept a relatively low profile relationship in the fall of 2013. They were spotted sharing glasses of red wine on a romantic date in October 2013.

The couple, however, broke up in December 2014.

When you turn another year older. #KevinRoss Happy birthday to you!! @dasoulassassin

They began dating in June 2015. Here's an Instagram post of Carano sharing a passionate kiss with Ross.

I've been debating on whether or not to post this is as I hardly ever, ok never, post anything about my personal life but I just can't keep it contained anymore. We've kept things under wraps as to not want to invite the entire world into our relationship, although I think it's been pretty evident that we are back together. So happy 6 month anniversary to my beautiful angel @ginajcarano For those of you that don't know we dated for 4 years, were broken up for a decade then got back together on the 14th anniversary of the day we met. Awww I know, heart warming isn't it ?? Gina is not only the reason I'm even doing what I am but literally the reason that I'm even alive and walking around still. You are my inspiration, my best friend, my everything!!! OK, enough mushy stuff, you may now return to your regularly scheduled programing of face punching and blood #claimed ??

Sources say that the two are no more together but they are yet to reveal details as Ross occasionally appears in Carano's Instagram posts even today. 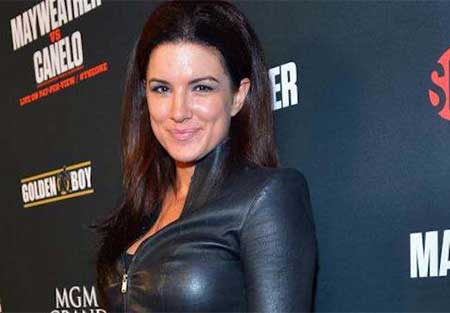