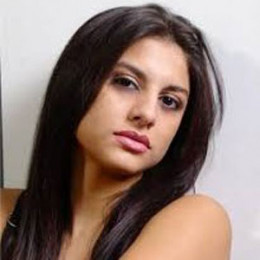 Giovanna Yannotti is an actress and is also as the wife of Kurt Angle, professional wrestler, actor, and retired amateur wrestler. She has made minor appearances in the 2009 movie “Twilight Saga: New Moon”; 2010 “Unstoppable” and 2012 “Death from Above” as well as the TV series Justified. She indicates that she is no longer an actor and added that she is a proud wife and mom who “used to do that acting thing.”

Giovanna Yannotti was born on 26th March 1987 in Pittsburgh, Pennsylvania, USA.
She is half-Italian and half-Mexican. She attended the University of Pittsburgh. To pursue her career in acting and modeling, she dropped school.

Giovanna Yannotti began her career as a model. Her first on-screen role was in the 2009 'My Bloody Valentine,' an uncredited role as a party-goer.

In 2010, she performed in an episode of the TV series entitled 'Justified,' as a gang member. Also in 2010, she played a lawyer in the horror film '6 Souls' with Julianne Moore. And in the 2010 movie 'Unstoppable,' Giovanna was a stand-in and a stunt double for Rosario Dawson.

Her recent role was in the 2012 movie 'Death from Above,' starred her husband.

Giovanna Yannotti married Kurt Angle, a boyfriend of two years and father of her seventeen-month-old daughter on 20th July 2012.

The couple met on the set of the movie ‘End Game.’ Their first date was at Arby's. She had no clue that her husband is one of the most legendary professional wrestlers of all time.

One more day until we visit our favorite place in the world again! Wish our 2 other babies were coming with us let the house searching begin! #2019 #newhouse #flordia and #newfamilyaddition

The wedding was planned for 2011 but postponed it, when Giovanna found out she was pregnant. Later, their wedding ceremony was held in Pennsylvania.

However, she is not the only wife of Kurt. He was previously married to Karen Smedley. She is the stepmother of Kyra Angle and Kody Angle, their two children.

Being an actress, Giovanna Yannotti appeared in many movies and series. She must have earned a decent amount from that, but the actual figure is not yet disclosed. However, her husband has an estimated worth of $25 million.

Giovanna Yannotti married Kurt Angle, a boyfriend of two years and father of her seventeen-month-old daughter on 20th July 2012.

Their daughter Giuliana Marie Angle was born on 22nd January 2011.