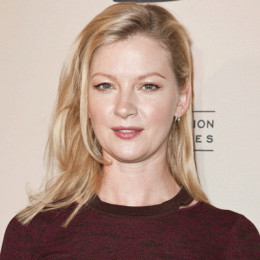 Gretchen Mol is an American actress and also a former model, daughter of mother Janet (née Morgan)an artist and teacher and a father, a special ed teacher at RHAM High School. She is known for her roles in the films that includes Rounders, Celebrity, 3:10 to Yuma, The Thirteenth Floor, and The Notorious Bettie Page. The young Gretchen was an acting lover who participated in high school theatrics, later moved to the Big Apple to study acting and musical theater at the American Musical and Dramatic Academy and graduated from the William Esper Studio.

She married film director Kip Williams on June 1, 2004. After three years of marriage, they became parents of two children, a son Ptolemy John Williams and a daughter Winter Morgan Williams.

When she was interviewed by Associated Press in Baltimore she said, "It is an ongoing struggle. Confidence is something that sometimes you have and sometimes you don't. And the older you get, hopefully, the more you have some tools to at least fake it", commenting on her confidence in the career.

Gretchen Mol was born on 8 November 1972 in Deep River, Connecticut.

She is best known for her role as Gillian Darmody in HBO series Broadwalk Empire.

Gretchen Mol and Tod Williams married in 2004 June 1st. They have been married since then and has two children Ptolemy John Williams and Winter Morgan Williams.

Three years after their marriage, the couple gave birth to their first child in 2007 September 10.

Again after few years, they became parents of the second child, a daughter in 2011 February 17.