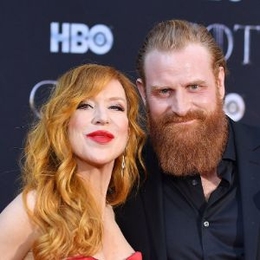 Norwegian producer Gry Molvær Hivju might not be as popular as her husband, Kristofer Hivju, who played Tormund Giantsbane in Game of Thrones, but she is quite independent on her own. Unlike her husband, she isn't involved much in the glamour world, since she spent most of her career behind the cameras. For more than a decade, the diva served as a journalist for the NRK. Besides the media house, she contributed to screenwriting, direction, and production in several documentaries such as 'Havlandet' and 'The Round Tax' over the past years.

While many would be unaware of Gry Molvær Hivju and her behind the camera works, destiny matched her with the 'Game of Thrones' actor Kristofer Hivju, who, on the contrary, is a fan-favorite.

Surprisingly, the fan-following of the journalist rose rapidly after her relationship with Kristofer got pretty public. Just like Gry's professional career, her one is also equally successful. 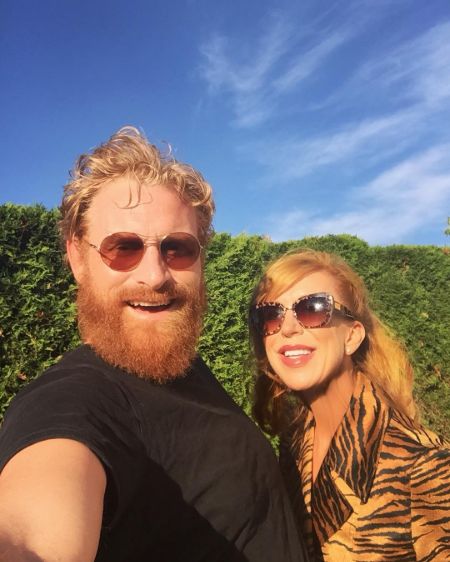 The Norwegian director tied the knot with her long-time boyfriend, Kristofer Hivju, in an intimate ceremony on August 22, 2015. Since the HBO actor was already a part of George R.R Martin's fantasy show by then, he was famous by then and consequently, their wedding ceremony was a subject of newspaper headlines. Molvær and her husband used to date for a few years before they made the clutch decision to exchange their vows, perhaps after getting well-settled in their respective career paths.

Molvær tries her best to keep personal things private, yet she often shares snaps with her boyfriend turned husband on her Instagram. Similarly, the love birds even attend several public events together, like most of the celebrity couples. Back in April 2019, fans were thrilled to see Molvær accompanying her beau, Kristofer, in the season premiere party of "Game of Thrones." Likewise, earlier this year, the married duo graced the SAG Awards 2020 for the same show.

In August 2020, the two will enter their fifth marriage anniversary, and they couldn't be happier. Five years into their marital bond, there are no signs of any conflicts or divorce between them, and we wish things stay the same in the future as well.

Gry Molvær Hivju is a Mother of Two Children

The 49-year-old director, Gry Molvær Hivju, might be busy with her career most of the time, but that doesn't rule out, creating some pleasant family time. Shortly after her marriage, Molvær became a mother for the first time as she welcomed an adorable daughter with husband Hifju. And, a few years later, she welcomed another child, a second daughter, to complete her family. 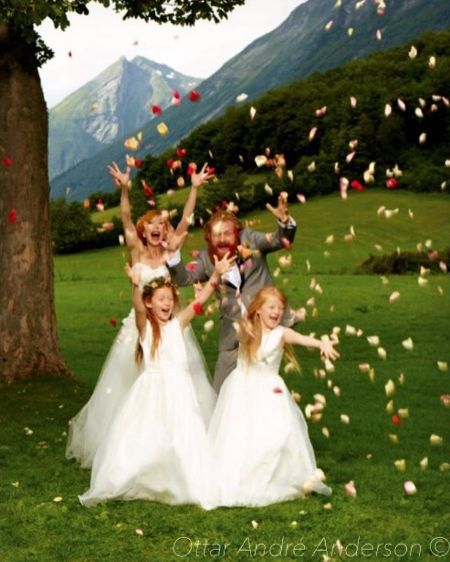 Gry Molvær is a mother of two children. SOURCE: Instagram

While both of the lovers are busy with their respective professions, Molvær and her beau take equal responsibilities to co-parent and raise their offsprings well. Since both of them earn quite a fortune, they live a lavish lifestyle with their children.

The Norwegian director Gry Molvær faced a tragedy in March 2020 when her beau Kristofer Hivju was tested positive for Corona Virus. The COVID-19 pandemic struck the actor, which forced him to go back to his home and self-isolate.

Since it was a contagious virus, Molvær also faced the risk of getting infected; thus, both of them applied social-distancing measures for recovery. Luckily, after a month, on April 16, 2020, Gry and her beau announced that they made a recovery from the pandemic on their Instagram. They did suggest the measures to be safe, i.e., keeping 1.5 meters distance, washing hands, and stay in quarantine.

While Gry Molvær might not be as famous as her actor husband, she contributes an almost similar amount to her family when it comes to income. From her screen-writing and direction career, and she amassed an estimated net worth of $1 million as of April 2020. Her spouse, Hifju, meanwhile owns a staggering net value of $3 million, enough to live a stylish and lavish lifestyle. 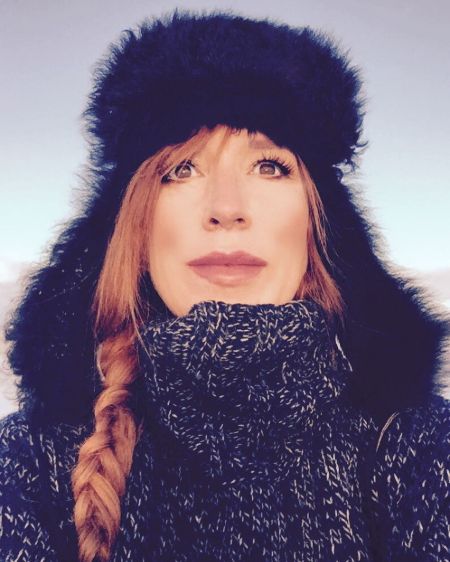 Regarding Molvær's source of income, she worked in several sectors, be it journalism, direction, screenwriting, or production. Initially, she began working as a journalist for NRK from 1994 to 2014. Alongside, she did write several documentaries like 'Bit Ballerina Bulldog' and provided commentary on Continental Front and a few others.

The Sula born actor got several accolades for her works, including the Broadcasting Prize and Public Information Prize. One of her latest works came in 2019's documentary film, 'Pilot on Ole Bridges.' Interestingly, she expanded her work boundaries, becoming a shareholder at the Tindefilm Production firm.

For more news, biographies, and gossip about your favorite stars, please stay connected with us at Married Wiki.