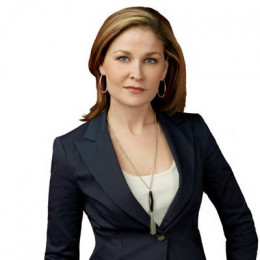 Hala Basha Gorani is a French-raised Syrian- American. She works for CNN International London as an Anchor and Correspondent. She does anchoring for The World Right Now on weeknights. She has completed her graduation from Institut d'études politiques. And she holds a degree of Science from George Mason University. She is fan of American television program named American Idol. She can speak several languages including French, Arabic, and English.

Hala Basha Gorani was born on 1st March 1970 in Seattle, Washington, United States. She is the U.S. citizen from Syrian parents.

She spent most of her childhood days in Paris. She also lived in Algeria.

She received a Bachelor of Science in economics from George Mason University in Fairfax. Also, she completed her graduation from the Institut d'etudes politiques in Paris in 1995.

She started her professional career working as a reporter for La Voix du Nord and Agence France-Presse. Later, she joined France 3 in 1994.

She began working in CNN in 1998 as an anchor in CNN Today. She is known for covering the disastrous 2010 Haiti earthquake on CNN network. CNN was awarded a Golden Nymph award at the Monte-Carlo Television Festival that year.

Her Arab Spring helped CNN network to win the Peabody Award in 2012.

She has interviewed many famous faces in the world including the Dalai Lama, Saeb Erakat, and Tony Blair.

She received the Edward R. Murrow Award for her outstanding coverage of the Middle East Conflict back in 2007. From 2011-2015, she was included among 'the 100 Most powerful Arab Women' by Arabian Business Magazine. 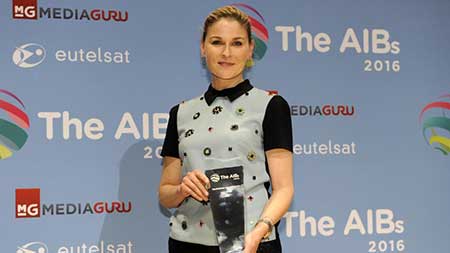 In 2015, she was declared the most powerful women by Forbes Woman Middle East. She was awarded the Honorary Doctorate degree by George Mason University.

She won Television Personality award for her Association for International Broadcasting in 2016.

She is currently living in a stunning house in London.

She is a married woman. She tied the knot to photojournalist of CNN network, Christian Streib on 15 June 2015 in Jardin Majorelle. Morocco.

The couple has been together in CNN network for a very long time. The couple celebrates their marriage anniversary spending romantic vacations at different wonderful places in the world.

Her husband is a renowned CNN journalist who has also won an Emmy Award for covering the refugee crisis in Europe. She even shared the picture of him holding the award and said how he himself wouldn't have shared it.

She once shared a picture of herself with a small child on her side. The picture was from their vacation on an exotic beach and soon many of her fans asked whether the child is her son.

The CNN correspondent remained silent on the matter.

From some source it has been known that she is married to George Wassouf. Her husband is a Lebanese singer. As she likes to maintain her low personal life profile there is no any information about her persona life.