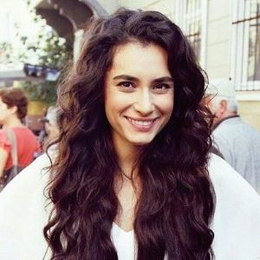 Turkish actress Hande Dogandemir came to prominence after portraying Sans in the comedy show Leyla ile Mecnun. Besides, Dogandemir is also a TV host and sociologist.

The beautiful Turkish actress, Hande Dogandemir, has garnered millions of fans quickly from her realistic acting in romantic characters. But, is the Turkish beauty single or already taken? Take a look at the personal life of Hande Dogandemir below. 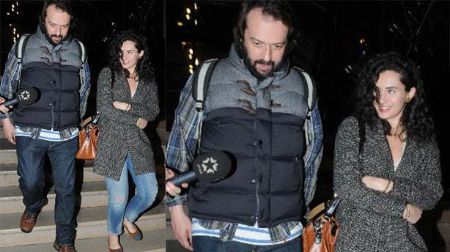 In the past, Hande Dogandemir had numerous affairs with Turkish actors. Therefore, fans wonder why at present, the stunning woman is still unmarried & has not started a family already. As for now, Hande does not have a partner. It seems obvious that the actress always has a handful of works and isn't looking for a serious commitment in a relationship.

Previously, Hande dated Turkish actor Okan Yalabik best known for the TV series, Magnificient Century. Their relationship lasted for two years. They were often spotted with cute PDA moments and walking together side by side publicly. But, as of February 2015, they both parted ways on friendly terms. 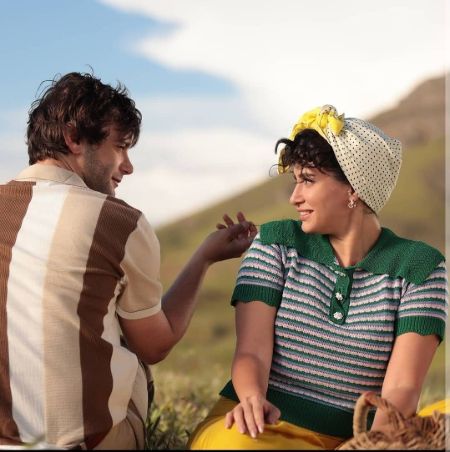 Hande Dogandemir with her co-star for a romantic scene. SOURCE: Instagram (handedogandemir)

Afterward, she also came romantically close with another actor named Engin Ozturk in 2015. But, they broke up the same year. Later, from 2016 to 2018, Hande dated Mert Firat. There was also a rumor in 2017 of her dating fellow Turkish actor Yigit Ozsener who starred in Ezel.

Scrolling down her Instagram with 2.5 million followers, the actress shares her glamorous photographs and captured moments with her brown poodle Ginger. During her off-work, she loves to hang out with her pals near summer beaches and travels to the exotic places of their choice.

The popular Turkish actress Hande Dogandemir began her acting journey with Bana Masal Anlatma in 2015. Before acting, Hande got first public attention with Brownie intense commercial in 2009. Meanwhile, Dogandemir debuted on TV series in 2010 with Kahramanlar. As for 2021, Dogandemir is set to appear in Hukumsuz in a lead role.

Check out the clip of HandeDogandemirstarred in a Turkish movie below.

Speaking of the net worth of the 35 years old actress, Hande has an estimated wealth of $2 million. Thanks to her film career and television hosting revenues. Likewise, the actress also receives a payroll from endorsing brands like Atalay and Eti Brownie, which adds extra income to her bank balance.