Home Article 1.75m Tall Hande Ercel Is Still Single Or Married? Who Is She Dating Currently? Know About Her Affairs And Relationship

1.75m Tall Hande Ercel Is Still Single Or Married? Who Is She Dating Currently? Know About Her Affairs And Relationship 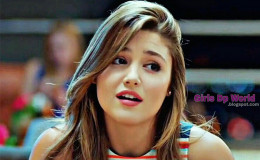 Hande Ercel is a Turkish actress and she became recently single. She was dating Ekin Mert Daymaz before they broke up in 2017.

In this world of progress and advancements, everyone is equal and everyone deserves to be free at making a choice regardless of sex and gender. One has the power to choose who they love and be with but there are still people whose blind beliefs cause issues for the progress.

Hande Ercel is a Turkish actress who has had her fair share of choices in love but she also faced backlash for them. Take a look at her personal life, relationship with her boyfriend and her current relationship status!

Hande Ercel is a Turkish actress and she is rumored to be currently single. It is rather hard to believe that the Turkish beauty is alone as any man would fall for such a charming woman. But she wasn't always single rather she recently separated with Ekin Mert Daymaz in 2017.

Hande and Ekin, her co-actor began dating at around late 2015. Their relationship lasted for a year and a half before they finally split. The reason for their break-up is said to have been their busy schedule and focus on their career.

Though the real reason has not been revealed yet as in the period of their relationship, they had broken up once before the final break up in 2017.

There was news of an uneasy reconciliation in February but it turned out that the duo came together in the days by the efforts of close friends and they were seen on her Instagram too.

The couple had given each other a chance but could not hold the stitches in their relationship which led to their final separation on May 20, 2017.

Also Read: Is Matthew Timmons Single or in a Relationship? Know about his Dating life and Girlfriend

It could be because of the break up that she chooses to remain single and focus on her career. Its one of those things that can only have speculations until and unless she speaks about it herself.

Hande Ercel Past Affairs and Rumors

Before her relationship with her co-actor Ekin, she also allegedly dated Burak Serdar Sanal who is a very talented young Turkish actor. Unlike her recent relationship, it was short lived as things ended only after a few months. But, they ignored the news saying they don’t love each other and were just friends.

Being as beautiful and attractive as she is, the rumors regarding her affairs are immense. Many of Her rumored boyfriends are her co-stars and fellow workers. Other than Burak, Tolga Saritas was also allegedly called Hande’s boyfriend when they worked together in a show.

The truth in the rumors is yet to be confirmed but her battle with such rumors continues. She already faces backlash and defamation issues as she is a Muslim and her work and career tends to contradict the traditional beliefs and leads to various obstacles for her. There has been many sexist implications and remarks regarding her.

She faces constant problems but with the support of her fans, she is facing them with a brave heart and a strong soul. Her fans play a vital role in continuing her career as they encourage her from around the world.

Must-See: Who is American Actor Roger Bart's Girlfriend? Find out About his Affairs and Relationship

There was a post on Instagram also where one of her fans translated her message regarding a shame article by the media for her non-Turkish fans.

Hande posted about the rumors that appeared lately "Recently the news that issued about me and clearly is feed from a malicious source to ruin my image and actually I'm watching this with great sadness. When i started my work i considered what kind of it and i'm doing it with great passion and love and yet I'm exposed to extremely low attacks. You don't accept in any way the woman who stands on her feet and satisfying her own needs, furthermore it's impossible to accept what's written under the name of news or under an ugly implications which is extremely sexist. Of course i respect the reporters who do their job with dignity and in a professional way But if it's necessary i won't stay quite against those slander news and will use my legal rights. And lastly about the prize, I'm not comfortable that it became topic,those allegations is so disrespectful to me and to all the people who received this award and also for the fans who watched and voted for it. I'm just doing my job with love and sincerity and everything i can and i advise everyone to show the same attitude With respect and love Hande " ** mention if you're gonna take it** #siyahinci #handeercel #handemiyy #blackpearl

It seems the support of her fans will keep her going and helped her to be an inspiration to more women around the world and help them follow their dreams.