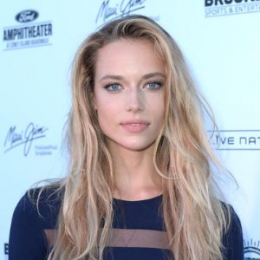 Gorgeous model, Hannah Ferguson is best known for her works in the brands like 'Max Mara', 'Alberta Ferretti', and 'IMG Models'. She is also popular for appearing in the covers of popular magazines like 'Sports Illustrated Swimsuit Issue', 'Vogue Thailand', 'Elle', and 'Harper's Bazaar'. Hannah is also popular for walking for the designers like Chloe, Dolce & Gabbana and Chanel.

Hannah Ferguson's Personal Life; Is She Dating a Boyfriend?

Hannah Ferguson is dating the famous Investment Banker Conn Davis. The pair is together from a couple of years and shares a strong bond. Further, the duo is open about their relationship and often shares pictures together in their social media sites. 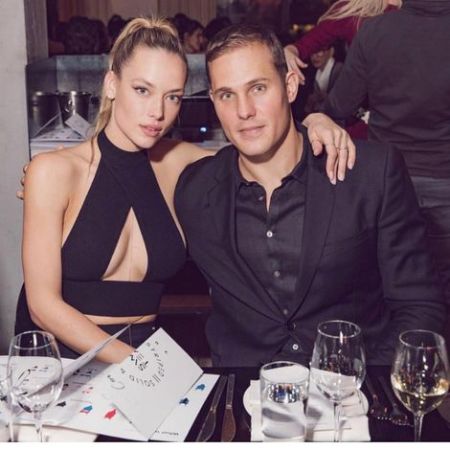 Well, the couple met one another through Hannah Davis who also works for SI swimsuit model with Ferguson. Conn is a brother of Hannah who went to Miami, Florida with her sister where he found the love of her life Ferguson. Eventually, they started dating since 2015 after meeting for a couple of times. Here take a look at the picture Conn shared on his Instagram along with his sister and partner,

The couple moreover, shares a healthy relationship and is seen together in many places. Here take a look at them attending the NY Fashion Week back in the September 9 of 2018.

The girlfriend-boyfriend pair is together for years but is not married yet.

What is the Net Worth of Hannah Ferguson? Know about her Earnings, Salary

Hannah Ferguson possesses a net worth of $1 million, all thanks to her career as a model and reality star. In addition, the average salary of a model is $49,200 per year.

🏁 @tommyhilfiger @tommyxgigi 🏁 What an exciting show to be in 🙏🏽 thank you for having me back!!! 🏎 Casting by @emperor.lee @edkim @shawnd3z

A post shared by HANNAH FERGUSON (@hannahfergusonofficial) on Mar 2, 2018 at 2:23am PST

Hannah besides started her career just after graduating from high school. First, she won the Kim Dawson Model Search and then decided to move to New York City to follow her modeling career. Since then, she modeled for many agencies like IMG Models(Worldwide), Drumpf Models, VIVA Model Management(Barcelona), and Kim Dawson Agency(Dallas). Furthermore, she also appeared in the American magazine named Sports Illustrated Swimsuit Issue in 2014, 2015, 2016, and 2017.

In 2017, Ferguson started modeling for many famous and high fashion brands like Max Mara, Alberta Ferretti, and Moschino. Additionally, she also walked for the designers like Chloe, Dolce & Gabba, and Chanel in 2018. What's more, she also appears on the American documentary series named Model Squad for E! network since 2018. 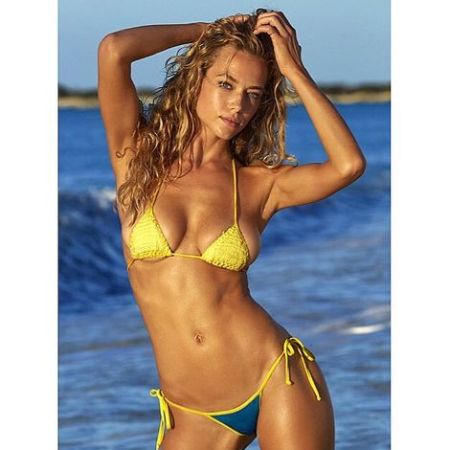 Take a look at the Interview of Hannah Ferguson talking about Rejection;

Stay tuned to marriedwiki.com/wiki for celebrity-related news and latest updates.