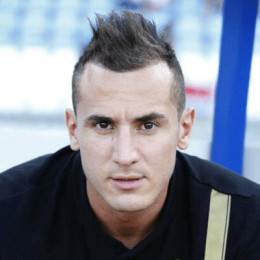 Hassan Yebda is an Algerian professional football player who is currently playing for the United Arab Emirates club side Al-Fujairah SC and in the Algeria national team as a central midfielder wearing jersey number 10. He started his youth career at Auxerre in 2000 and made his professional debut from the same club in 2004. He initially had played from France in his youth but later he opted to play from Algerian National Team since August 2009 as per the FIFA's new rule to to change the national allegiance.

There is no information available on his personal life. It is still unknown if he is still single or is in a relationship and has a girlfriend or is married and have children. He has maintained a low profile and is discreet regarding his personal life to the public.

His name has not been associated or rumored to be with any woman. He is rumored during the transfer seasons about his transfers.

He made his Ghanaian debut at the 2008 Africa Cup of Nations. He became the captain for the first time in a friendly match against Congo on 1st September 2015.