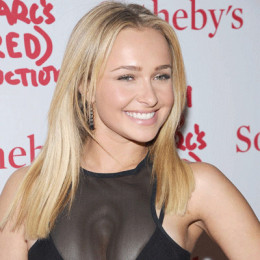 Hayden Panettiere is an American actress, singer, model, voice actress and an activist who is best known for her performances in the NBC series Heroes as cheerleader Claire Bennet, in the ABC musical drama series Nashville as Barnes. She is a two time nominee of Golden Globe Award for Best Supporting Actress – Series, Miniseries or Television Film. She first started in the commercials when she was 11 months. She has been active in the industry since 1994.

Panettiere dated her Heroes co-star Milo Ventimiglia from December 2007 to February 2009. She started dating then-world heavyweight boxing champion Wladimir Klitschko in 2009 but they broke up in May 2011.

They remained close friends all again and resumed their romance in April 2013. The couple engaged in October 2013 and welcomed a daughter Kaya Evdokia Klitschko in December 2014.

The pair split again in August 2018 and remained on friendly terms.

She played the role of cheerleader Claire Bennet on the NBC sci-fi series Heroes and Nashville as Juliette Barnes.