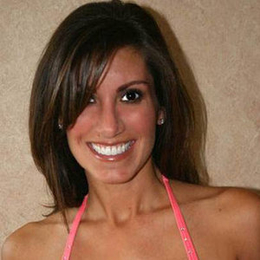 Heather Clem is a Fitness Instructor based in Florida. She is a former model who came into limelight when her sex tape was released in public. Besides, Clem is also known to the public as the ex-wife of American Radio Personality 'Bubba The Love Sponge'.

Is Heather Clem Single? Know more about her Personal Life and Relationships

The former model, Heather Clem is currently single and enjoying her single life. She was previously married to radio personality named Bubba the Love Sponge. 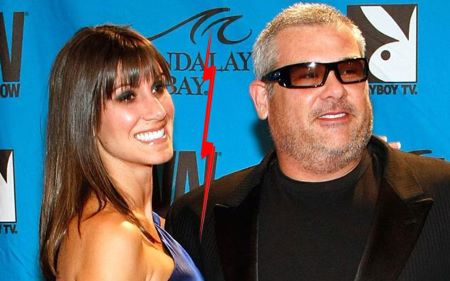 Heather Clem with ex-husband Bubba the Love Sponge.
SOURCE: Hitberry
Well, Heather started casually dating Bubba somewhere in 2006, however, over time the relationship got serious. They walked down the aisle in the summer of 2007.
Even more, the wedding ceremony was held at the First Baptist Church of St. Petersburg, Florida among friends and family. Bubba's close friend, wrestler Hulk Hogan was the best man at the wedding.

The happy marriage, however, did not last long and the couple separated in March 2011 and filed for divorce in September of the same year.

Although, Heather is no more in a relationship with any men she lives sound life with daughter Julia Champ. Following the bitter split from Bubba and Hulk Hogan, the West Virginia native is probably tired of having an affair again.

In 2006, Heather Clam had sex with Hulk Hogan at the request of her then-boyfriend Bubba. In addition to that Bubba even filmed them while doing sex. He made the tape and but lost it somewhere.

The media house Gawker, however, got the tape and published it in October 2012. After the tape was published, Hogan sued Bubba, Heather and Gawker Media.

What is Heather Clem's Overall Net-worth?

Spent last Sunday surrounded by strong, dedicated, supportive people with one goal in mind...”Be better than yesterday!” @crossfitwestchase put on an awesome event! I can’t wait to compete again next year!! Special thanks to my teammates @his_koko @wgipsonfl & Nazia A. from @crossfitapogee love you ladies. Props to @jayknickerbockerphotos his photos never disappoint! #crossfit #apogeetribe #crossfitapogee #reebok #crossfitwestchase #clearwaterbeach #girlswholift

In addition to that, Clem's former spouse Buba the love sponge is a famous radio personality who boasts an impressive net worth of $6 million. She got a nice amount in the divorce settlement. As per court documents, she got a one-time payment of $20,000. Furthermore, she got $1,150 in monthly spousal support.

Heather Clem was born on July 1, 1974, in West Virginia, USA. She is 45 years as of  2019. Furthermore, Her nationality is American and she belongs to  Caucasian ethnicity.

Mother’s Day with the perfect @julia.champ

Clem graduated from The University Of Arizona. She stands at a height of 5 feet 8 inches. Her natural hair color is black and eyes are brown in color.

Bubba the love sponge is a Radio Personality. they got engaged in 2006 and got married in 2007 in Florida.

Julia Champ is the daughter of Heather Clem from her previous relationship.