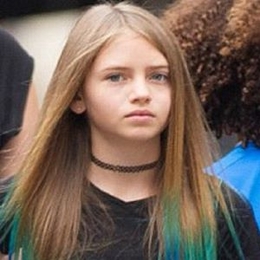 The celebrity child Helene Boshoven Samuel is always the focus of the media all thanks to her famous parents. People are always curious to know more about her, given all the history between her parents and the drama surrounding her birth.

Helene Boshoven Samuel keeps a low profile and tries her best to live the life of a normal teenager. However, even after much hiding, many aspects of her life is revealed to the public.

Helene is a daughter of two Well-Known Celebrities.

The teenager is the eldest daughter of German-American model Heidi Klum and Italian businessman Flavio Briatore. Klum and Formula One Personality Flavio started dating in March 2003. After dating for a while, she got pregnant with Helene. 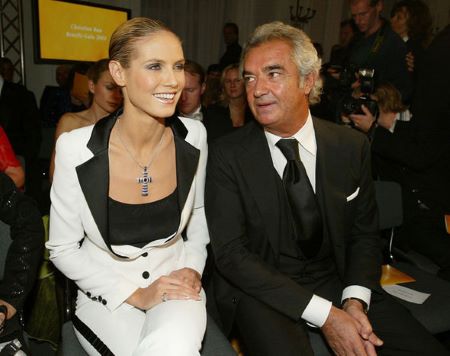 The happy couple further announced the pregnancy on December of 2003. It looked like the good news will make the bond stronger between them, and they might take the relationship to the next level. But the reality was much different. After a few months of the announcement of a pregnancy, Heidi broke up with her then-boyfriend Flavio. The reason for the split was the Flavio's infidelity.

The television personality gave birth to her daughter Helene Klum in New York City on May 2004. During pregnancy and childbirth, her then beau Seal was side by her and provided support.

The Victoria Secret Angel's relationship with the musician was only getting stronger with time. The pair thus got married on 10 May 2005 on a beach in Mexico. After the marriage, Klum changed her surname and legally became Heidi Samuel. Additionally, Seal adopted Helene on December 2009, and thus she gained the name, Helene Samuel.

In the meantime, Helene biological father Flavio was involved very minimally in her life. She used to talk to him for two hours every day on the phone but never get a chance to meet him.

The former Renault F1 team Manager was also cool with Seal adopting his daughter. He understood that there was a long-distance between him and his child, and he would not be able to give her a stable home, that a child deserves.

Flavio thus made the practical decision to let Seal adopt her and raise her like his family. He furthermore has mentioned that he formed a friendly relationship with Seal and his former girlfriend, Heidi.

Unfortunately for Helene, the stable home did not last long as her mother, and her adopted father divorced on 14 October 2014, after ten years of marriage. Though her parents' relationship broke down, her relationship with her former adopted father continued. The British musician often takes her daughter to dinner dates and attend her birthdays. 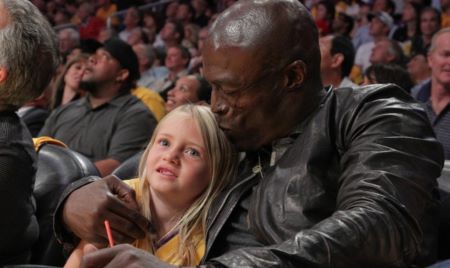 The celebrity kid with her adopted father Seal.

The star kid moreover, is also strengthening the bond with her biological father. It was reported that she met her father in Italy in late July 2018. It was a family meal where Helene was accompanied by her mother, grandparents, and siblings.

Helene is not only strengthening her past relationship but is adjusting to a new relationship as well. Her mother Heidi married her guitarist boyfriend, Tom Kaulitz in 2019. The couple first privately wed in February 2019 and later performed a wedding ceremony in Italy on a yacht in August 2019.

Before this marriage, Heidi was in a relationship with art curator Vito Schnabel for three years. She was also dating her bodyguard Martin Kirsten from 2012- 2014.

Helene is Close to his Half-Siblings

Samuel grew up with three maternal half-siblings that were born to her mother after her marriage with musician Seal. Her half brothers are Henry Günther Ademola Dashtu Samuel and Johan Riley Fyodor Taiwo Samuel born in 2005 and 2006 respectively. Whereas, her half-sister Lou Sulola Samuel was born in 2009. 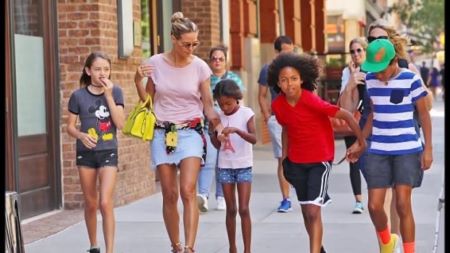 Helene with her mother and siblings in a street.

The high school student also has a half brother named Nathan Briatore born to her biological father from his marriage to Wonderbra model Elisabetta Gregoraci. He was born in 2010 in Nice, France.

The blue-eyed beauty is the daughter of one of the most celebrated models Heidi Klum. So, many fans were expecting that she will follow the footsteps of her mother very early in life. However, she is yet to take any steps in those directions. She is currently focused on her education. She completed middle school in 2018 and is now in the freshman year of her high school.

Check out the video below where Helene mother is talking about raising a teenager.

The teenager's mother, however, has expressed that she will support her daughter if she would want to make a move towards modeling. She furthermore added that Helene has not yet shown any desire in that field.

The 15-year-old did not have any individual net-worth as she is not involved in any professions. At present, she is living a comfortable life with the fortunes of her parents.

Her Mother is a Multi-Millionaire

Helene's mother Heidi is a versatile lady who is involved in several professions like modeling, acting, TV Hosting, business, fashion designing, and TV producing. She has an overall net worth of $120 million. Additionally, the multi-talented personality earns annually $19 million as a judge on shows such as "Project Runway," "America’s Got Talent" and "Germany’s Next Top Model." 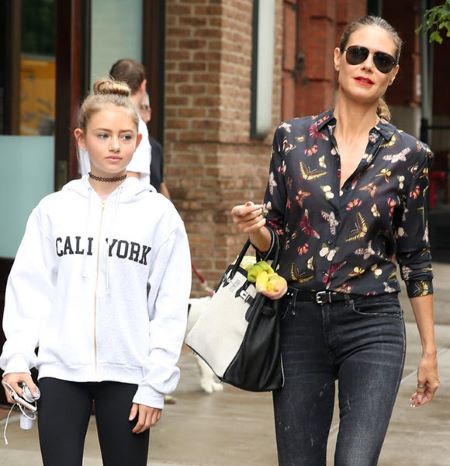 Helene with her millionaire mother.

The business mogul furthermore has a beautiful car collection. She owns a Range Rover ($89,000), Volkswagen Tiguan ($27,995), and BMW 6 ($93,100). She also owns multiple real estate properties. She holds a mansion in Bel-Air, California worth $10 million. She also owns a penthouse in Downtown Manhattan worth $5.1 million.

Her Both Fathers Earns big Bucks

Helene biological father Flavio Briatore is an Italian businessman and holds a net worth of whopping $400 million. Similarly, her adopted father Seal is a Grammy Award-winning singer and consists fortune of $30 million. 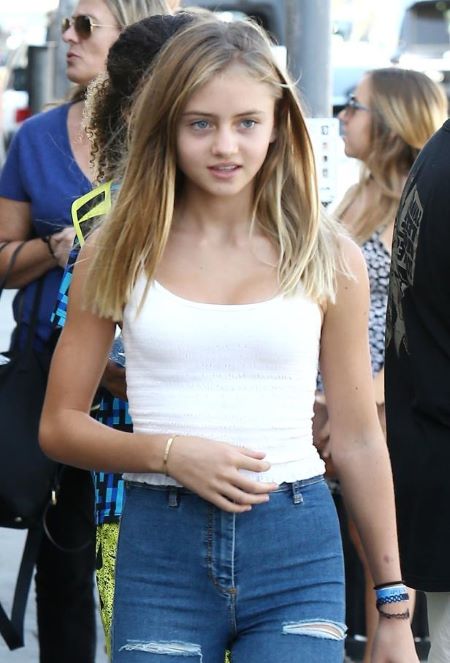 Helene Boshoven Samuel in the streets.