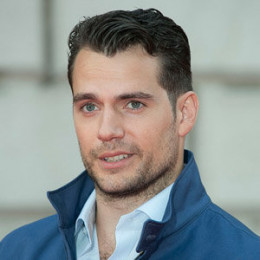 An English actor, Henry Cavill is currently single. He was previously engaged to Ellen Whitaker from 2010 to 2011. He was born to parents Marianne and a stockbroker Colin Cavil father. Henry began his career starring in the film The Count of Monte Cristo and I Capture the Castle. He attended St Michael's Preparatory School in Saint Saviour, Jersey. Henry later appeared in minor and supporting roles in television shows such as BBC's The Inspector Lynley Mysteries, ITV's Midsomer Murders and Showtime'sThe Tudors .

Henry William Dalgliesh Cavill was born on 5 May 1983 in Saint Helier, Jersey to Marianne (Dalgliesh) and Colin Cavill.

Cavill started his acting career in the feature adaptations of I Capture the Castle and The Count of Monte Cristo.

He gained wide recognition for playing the role of Superman i the DC Extended Universe in Man of Steel, Batman v Superman: Dawn of Justice, and Justice League.

In 2018, he starred in the action spy movie Mission: Impossible – Fallout.

Cavill has an estimated net worth of about $20 million as of January 2019.

Henry Cavill was previously engaged to horse rider Ellen Whitaker in 2010 but the couple ended their relationship in 2011 for an unknown reason.

Henry Cavill also was rumored to be hooked with actress Katie Hurst(2009) and Susie Redmond (2007. She dated very shortly to Kaley Cuoco (2013).

She dated to Martial Arts Gina Carano in 2012 but later they broke up their relationship in 2014. Henry also dated very shortly to student Tara King(2015).

Cavill dated Tara King in 2016. After breaking up with Tara, he dated stuntwoman, Lucy Cork. The couple broke up earlier in 2018.

Cavill is most probably single at present and searching for a new love.