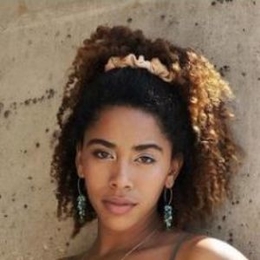 Herizen Guardiola is an American singer, songwriter, and actress known for acting in the Netflix series The Get Down as Mylene Cruz. She earned her first role in the movie drama "Runaway Island" with casts like Lorraine Toussaint and Thomas Jones in 2015.

Herizen Guardiola, the prominent star of the entertainment world, has kept her personal life under wraps and is possibly single at present. Her faithful army of followers would want to know about her life history. Very little is known about her love life as she refuses to talk about her partner openly. 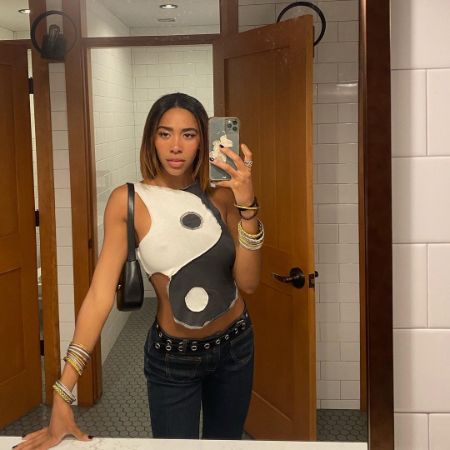 The Get Down actress was rumored to be dating a teenage boy four years younger in her early 20s. The star is not spotted with anyone on romantic dates or hasn't been introduced to anyone as her boyfriend. The lady might have dated a few guys but has kept to herself.

Needless to mention, Herizen might be looking for Mr. perfect in her life and wants to start a family at the right age. She was judged by her social media, Herizen posts related to her works. She prefers to spend most of her time with family and friends in her free time.

What Did Herizen Guardiola Play In?

As an actress, Herizen started her career by acting in the Dianne Houston-directed movie drama "Runaway Island" with casts like Lorraine Toussaint and Thomas Jones in 2015. If it weren't for her role, no one would be able to witness her brilliant acting skill of Herizen. 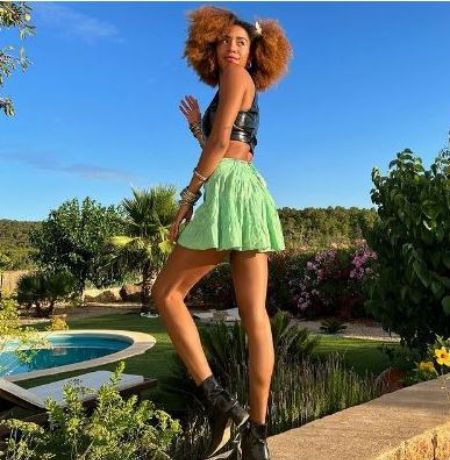 Herizen Guardiola is known for her work in the Netflix series The Get Down as Mylene Cruz. SOURCE: Instagram(@herizen_fawn)

A year later, she starred in the Netflix series The Get Down, a fictional story-based series about Donna Summer, the Queen of disco. The show narrates the development of Disco, Hip-Hop, and Punk in New York in the late 70s'.

After playing the role of the fictional character of Mylene Cruz in the web series, her onscreen romance with the series lead, Justice Smith, heated the screens. Time and again, both affirmed that they are good friends in real life too.

According to her, she can't handle a love scene in the movie, which even impressed the creator of the show appreciated it. The movie star worked opposite Josh Duhamel, Leslie Bibb, Sharon Lawrence, Nora Dunn, and Callie Hope Harvard.

Beyond acting, Herizen has priority in her career in music, and because of that, she has taken a break from acting to work as a singer. In ten episodes of The Get Down and a few episodes on Dare MeHerizen, she primarily wrote songs similar to her official performance. 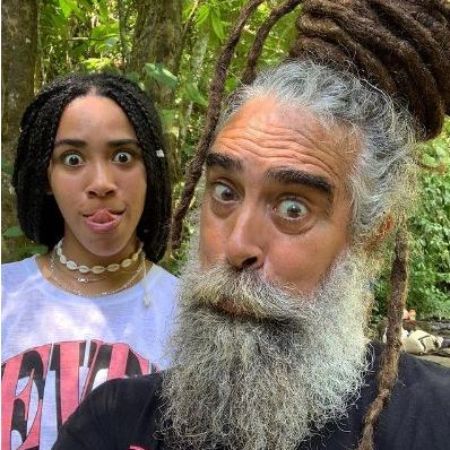 To this date, Horizon has already produced 24 singles, of which Hellboy and Focus are her recently released songs that we can find on platforms like iTunes, Deezer, and Youtube.

Fans, without any doubt, are eagerly waiting for this wonderfully talented film star to appear onscreen once again since her last appearance in the podcast series "Catchers." Hopefully, the actress, who turned 26 in 2022,  agrees if it is just for a cameo appearance. Fingers crossed!

Herizen Guardiola has summoned a net worth of not less than $1.5 million. An international actor has worked on a considerable number of projects in comparison to her age, making a fantastic fortune. Herizen has already accomplished many things that matter to her in smoothly building her career.

Watch the video of Herizen Guardiola's cover of the song Dreams.

That's not all; Herizen has lots in movies like The Lost Husband and credited to her name. She has been featured in recognized projects like ThousandPeaces by Absofacto, Major Lazor's Documentary "Give Me Future," and the soundtrack of the web series The Get Down.

To add more, Guardiola's music video hits around 500K to 600K views on average on Youtube, which is a good start in the rise of her career. Additionally, she is a nature lover who spends much of her free time exploring the beauty of nature.

The stunning actress stands at a calculated height of  5'6 ft which is 163.78 centimeters, and she weighs 117 lbs(57kg). Her hair is curly and lengthy.

Guardiola, who is identically an actress/model, her a body measurement is 34-25-34 inches which makes her look more attractive. She flaunts dark hair and a pair of lovely black eyes.

Herizen Guardiola is of mixed culture as her father is Cuban, while her mother, Venice Pink, is of Jamaican origins. The celebrity mom works as a nutritionist and a yoga instructor for a living.

Not to miss, Guardiola was inspired by her dad Juan Carlos, a singer, and a good father. In comparing talents, her father is a renowned reggae musician with a Cuban accent. The former artist's stage name is Johnny Dread.