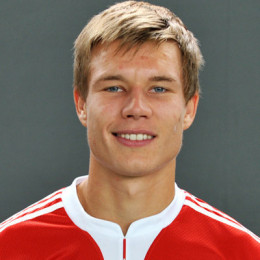 Holger Felix Badstuber is a German professional football player. He plays as a center back also he plays as left back. He plays for German national team and also for Bayern Munich. His father is Hermann Badstuber and his mother is Helga Badstuber. There is no other information regarding his early life. At the age of 19 he had made his debut in seasons of 2009-2010 and also helped the club to win the match.

Badstuber is solely dedicated to his career and that might be the reason why he keeps his personal life far from his fans and media.

He is most probably single at present with no sign of dating a secret girlfriend.

He has a huge net worth and an attractive salary.

In 2010 World Cup he had first played in the senior team. The current coach of Manchester United named Louis van Gaal had said that Holger is the best left-footed defender in Germany. In so short period he had already been secured with a number of honors. He had won DFB-Pokal for three seasons 2009-10, 2012-3, 2013-14. His current salary is 65,000 GBP per week