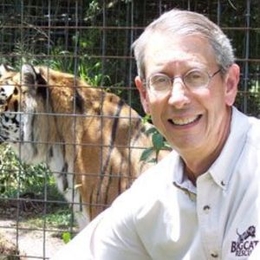 A few can touch the magic string, and noisy fame is proud to wind them. We are sad for those that never sing but die with all the music in them. In the case of Howard Baskin, he requires no pressure to gain popularity. Mr. Baskin is a former banker and management consultant who had been an equity participant in three companies. He is in the series Tiger King with Big Cat Rescue CEO wife Carole Baskin.

Howard Baskin, a former banker, and management consultant is blissfully married to his girlfriend, Carole Baskin since 2002. He met the founder of Big Cat Rescue, Carole Baskin 2002 at a kickoff party for newly formed No More Homeless Pets organization. 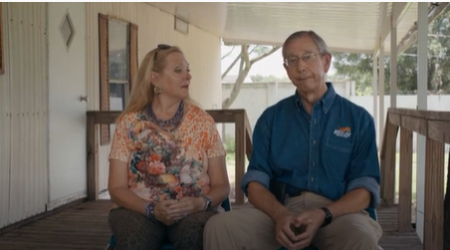 After falling for her, Howard slowly and gradually gave up his consulting practice to devote himself fully to his wife's organization, Big Cat Rescue. He focused on finance, marketing administration, real estate issues, and advocacy at Big Cat Rescue.

Baskin tied the Knot with Carole in November 2004 after proposing her in November 2003. Howard soon joined Big Cat Rescue as chairman of the advocacy board. This beautiful couple doesn't have any children but shares strong bonding with Carole's daughter Jamie Murdock who was born to her in her first marriage.

How Much Is Howard Baskin Net Worth

Howard Baskin has an estimated net worth of $3 million. Carole Baskin's husband served 11 years of his initial career at Citicorp in various assignments. Prior to that, he was holding the position of Director of Strategic Planning for the Commercial Real Estate Division. 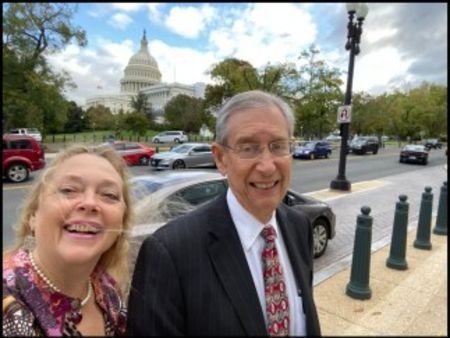 Followed by his job at Citicorp in 1991, Baskin held the position of General Manager as well as an equity participant in three different companies. He had been a member of The Rotary Club of Tampa and served as Chairman of the Community Service Committee.

From April 2020, Baskin devoted his attention and energy to Big Cat Rescue as Treasurer and Secretary, member of the Audit Committee, and Advisory Board Chairman. As of now, Mr. Baskin is spending a luxury lifestyle with his wife of fifteen years who is worth $5 to $10 million.

Howard and Carole Baskin established their Big Cat Rescue five years before to filmmakers who they thought were working on a docuseries to expose cruelty in the captive tiger trade.

The Baskins have struggled for years to ban the pay-to-play industry, which takes cubs prematurely from their mothers to be given away to paying customers. The pair even sat for interviews for the documentary, feeling the filmmakers would focus on their cause.

Tiger King has become a viral hit since debuting March 20. Some believe the series glamorizes the worst actors in the tiger trade as endearing eccentrics, portraying Carole as a shady exploiter no less than the abusers she's spent years trying to shut down.

The sanctuary has been closed from March 16 because of the coronavirus pandemic. It closed before the docuseries aired. The documentary series follows the antics of Joseph Maldonaldo Passage aka Joe Exotic, a gay polygamous, obsessed mullet-wearing, Oklahoma zookeeper.

Some interesting facts of Howard Baskin

Stay tuned to Marriedwiki.com for more biographies and celebrity news.