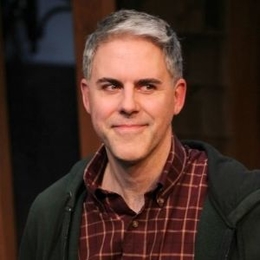 Former American actor Ian Lithgow appeared in not many on-screen works but he still managed to steal the viewer's heart performing in the acclaimed T.V. series, '3rd 'Rock from the Sun.' His other works are 'Far from Bismark,' 'Puppet,' 'Love and Mertz,' and 'Fellini's Donut.'

Who Is Ian Married Too? What Is He Doing At Present?

The veteran actor has been blissfully married to the love of his life, Rachel Jagoda Lithgow for nearly two decades now. The 3rd Rock from the Sun star shares a beautiful conjugal relationship with his spouse, with whom he walked down the aisle on 1 December 2001.

Amid the intimate ceremony, Ian wore a black and white tuxedo whilst his bride dwelled in a white strapless bridal gown. The wedding took place in the presence of close friends and family members.

Ian's profession as an actor is widely known to his fans, but what about his wife? Well, Mrs. Lithgow is a graduate of Boston University who currently services as the Executive Vice President at the Jewish People Museum. 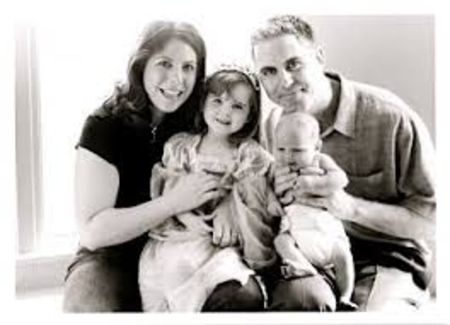 Lithgow does not have any real online presence since he is not active on social media. Due to that fact, it is hard for anyone to know more about him. It, moreover, has been a long time since the actor last appeared on-screen, which was in the short film "Fellini's Donut" in 2005.

The reports suggest he currently runs a practice in Lower Manhattan, specializing in marriage and family therapy. Well, let's hope that he and his family are doing fine and healthy.

Following In The Footsteps of Father

Ian Lithgow is the son of legendary actor, John Lithgow. In his illustrious career, he has won many accolades and awards, which include Primetime Emmy Awards, Golden Globe, Grammy Awards, and so on.

The talented celeb's mother is Jean Taynton. His parents tied the knot ion 1966 and lived for about fourteen years together. His parents divorced in 1980. 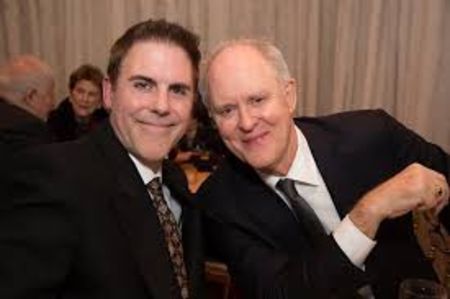 Despite having a family turmoil in the past, Ian still has a good bond with his dad. They starred in the same T.V. series, "3rd Rock from the Sun."

How Much Is Ian Worth?

The father of two is widely popular for portraying the recurring character of Leon in "3rd Rock from their Sun." Likewise, he worked with John Lithgow, Kristen Johnston, French Stewart, Joseph Gordon-Levitt.

Ian Lithgow received an undergraduate degree from Harvard University and an MA in Clinical Psychology from Antioch University Los Angeles. He made his acting debut in the 1993 movie "A Pound of Flesh."

Ian started as a stage actor and has performed in Goodman Theatre, The American Repertory Theatre, The Williamstown Theatre Festival, and many others. Lithgow won an award for his performance in the "3rd Rock from the Sun."

Ian Lithgow and his wife share two children from which one the oldest is a daughter. Their first child was born in 2004.

Ian Lithgow and his wife's youngest kid who is a son who was born in the year 2008.