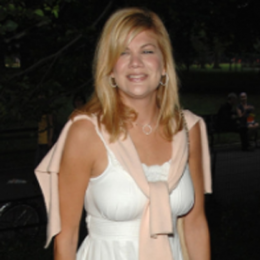 Kristen Johnston is a popular Hollywood actress known for her works in 3rd Rock, The Exes, The Lights and others. She has been diagnosed with Lupus, she's also been battling drug and alcohol issues since 2012.

Kristen Johnston is a popular Hollywood actress known for her works in 3rd Rock, The Exes, The Lights and others. She has been diagnosed with Lupus, she's also been battling drug and alcohol issues since 2012.

Kristen Johnston was born on 20th September 1967 in Washington D.C. She is an American and belongs to White ethnicity. Johnston attended St. Eugene’s Catholic Grade School and Whitefish Bay High School. She then graduated with a Bachelors degree in Fine Arts from New York University.

Kristen Johnston started her acting career with the New York’s Atlantic Theater Company founded by David Mamet. She then appeared in the production of several plays like Stage Door, Girl’s Talk, As You Like It and others.

Johnston debuted in the movie industry from The Orkly Kid in 1985. She then did movies like The Debt, Finding Bliss, Life Happens, Bride Wars and Music & Lyrics  She also gave her voice in Ice Age alongside Ray Romano, John Leguizamo, Denis Leary, Queen Latifah, Jennifer Lopez, Josh Peck, and others.

Besides movies, Johnston also worked in many TV series debuting from Chicago Hop in 1994. In 1996, she featured in 3rd Rock from the Sun, starring Joseph Gordon-Levitt, John Lithgow, French Stewart, Jane Curtis, Simbi Khali, and others. She has numerous award nominations to her name-Primetime Emmy Award, Golden Globe Award, and Screen Actor Guild Awards for her role in the series

Kristen Johnston is possibly currently single. In 1996, she dated  American actor/producer David Newsom. But, they broke up in 1998. She then dated a Canadian artist, Ryan Reynolds in 1999 which only lasted for a year.

Johnston has had drug and alcohol issues since 2012. Moreover, she was also diagnosed with Lupus Myelitis, a type of Lupus that afflicts the spinal cord after several months of pain. Just like her, the pop star, Selena Gomez suffered from the same disease due to which she underwent a kidney transplant earlier this year.

Hollywood actress Kristen Johnston's net worth is $13 million, as per most sources. The 50-year-old star who stands at a height of 6 feet (1.83m) contributed more than three decades of her life in the entertainment industry. She has successfully maintained a net worth of $13 million because of a successful acting career.  According to the records, in 2013-14, while filming for the series, The Exes she earned $50,000 per episode.

Besides, Johnston has also made cameo appearances in many hit series like Ugly Betty, Sex and the City, Modern Family and so on, which probably contributed to her net worth as well. Besides, the star is involved in several charity works.