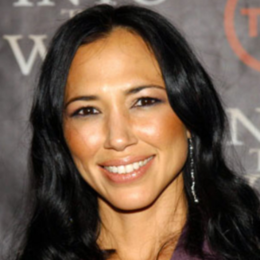 Anchorage-born actress Irene Bedard who is popular for her voice in Disney's Pocahontas. Amongst the violated other women of the society, Bedard battled over violence and abuse from her husband.

Irene Bedard Is Single At The Moment

The Ralph Breaks the Internet actress, Irene is presumably single, as of 2019. There are also no updated relationship rumors about the bold actress to date. Scrolling through her social sites, she seems not to be much affectionate with anyone else. 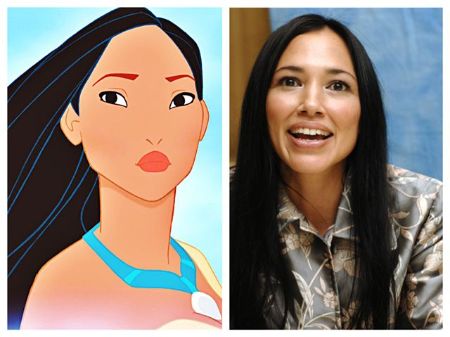 Irene Bedard is as well known as The Voice of Pocahontas. SOURCE: Pinterest

Often busy with her professional life, the 52-year-old actress is spending quality time with her family these days. However, she is joyfully enjoying her single life. 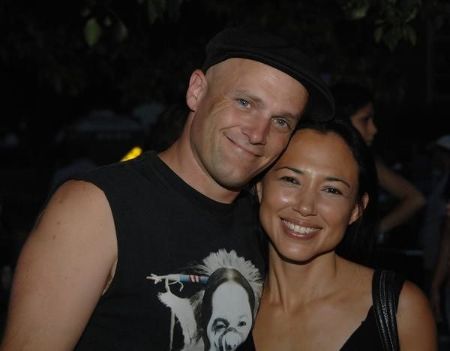 Irene Bedard and Deni Wilson together in a photograph. SOURCE: Tlatollotl

Despite being a single lady, we all know that Irene was previously married to her ex-husband Deni Wilson, a singer. Though Bedard portrayed as a spirited Disney Princess, she failed to bring a strong spirit in her personal life. Want to know why? Let's know the tragic story behind this.

Previous Marriage And Reason For Divorce

Irene and Deni tied the marital bond in 1993 in the presence of their family, friends, and relatives. However, the couple never really shared the details of their wedding celebration. 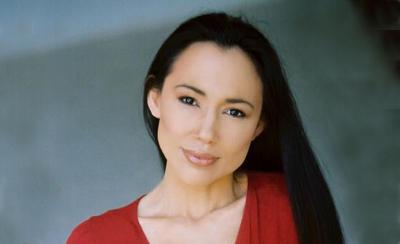 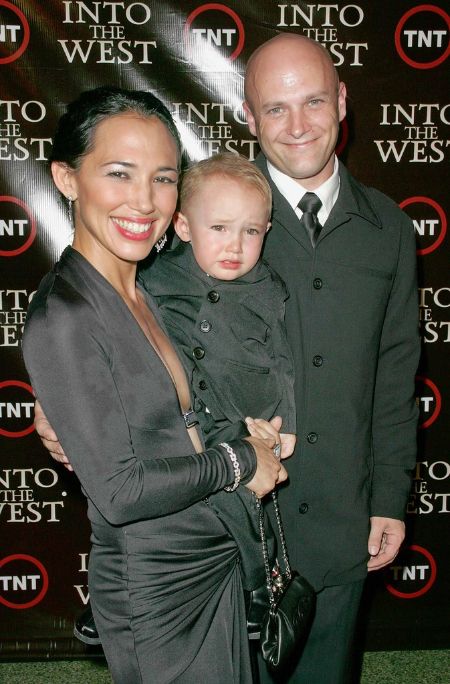 Irene Bedard, Deni Wilson and Quinn Wilson together attending the Premiere function in New York. SOURCE: The New York Premiere of TNT's Original INTO THE WEST,

The twosome continued their marital journey together until 2010 but sadly the duo filed for divorce. They officially seperated in 2012.

Deni Wilson Is An Abusive Husband

Like many other violated victims, Irene was also the one to suffer domestic abuse from her spouse Deni who tried to maintain power and control over Bedard in an intimate relationship. 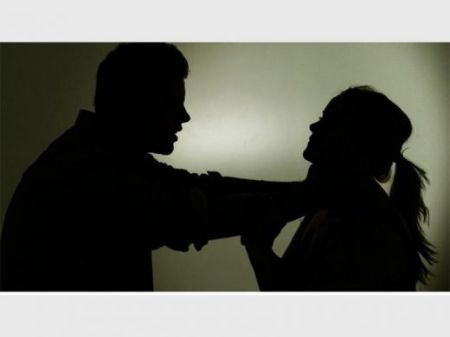 The truth remained hidden behind the walls until Irene's niece Alia Davis posted a word document in public which revealed the true color of Deni in 2010. The hidden secret came out like a nightmare, which apparently dragged the public's attention on this offensive topic.

Let's read some of the paragraphs below from the word document Alia wrote;

Irene moved to Alaska in an attempt to flee a horrific domestic violence situation. For 17 years, she suffered abuse, both sexually and physically, at the hands of the one person she should have been able to trust implicitly, her husband. The years of abuse left not only her body but also her spirit and mind, battered. The abuse had been so pervasive, her health began to decline, rapidly. Her doctor began tests to detect cancer, unaware of the abuse. As heinous as the physical and mental tolls were, they were not the only price my aunt had to pay.

Her abusive husband kept her under financial control, taking her earnings, and forbidding her to work in her career field unless he specifically approved the project. This had a detrimental effect on an otherwise promising career.

The offensive husband Wilson not only tortured Bedard inside the home but he also expelled her from all her support systems including her family, friends, and fans. 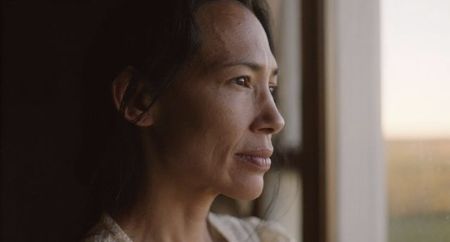 Irene Bedard is a true example of a bold and strong lady. SOURCE: Tlatollotl

Despite her personal life, Irene was completely devasted in her professional life too. She could not carry on with her work with skin bruises and Deni's constant pressure at her workplace.

None of her cast and crewmates wanted to have her husband on set but, as a matter of fact, Wilson would never allow Irene to work in his absence.

Why Did Irene Stayed Silence All The Way?

Bedard intentionally stayed silence for the sake of her son, since Deni was fully controlling and ruling amongst both mother and son. She feared that her abusive husband would harm or kill her son, as revenge, if she brought things to the public.

But Irene eventually realized that there is new hope for herself and her son too. She slowly understood that she could build a better world for her prince Quinn. Undoubtedly, this was all because of the love, support, courage, and enthusiasm her family gave her. 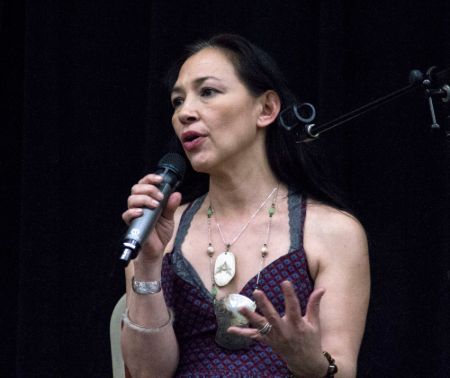 Irene Bedard talks about abuse and violence in the Evening of Stories, Alaska. SOURCE: Tripp

Irene then moved to Alaska with her son, with the help of her family. In an instant, she filed for a domestic violence protective order and for divorce. But this was not the end. Unfortunately, things didn't work out well.

When she mustered the courage to leave the abusive situation only months ago, she fled with her son Quinn to her home state of Alaska where she had family, employment and the support to heal. The failure of her Alaskan lawyer to protect her rights opened the door for her abusive husband to file 49 motions in the Greene County, Ohio courts that forced her and her son back to Ohio where she has no employment, no money or family. Her son was returned to her abusive husband. Now she is a virtual prisoner in Ohio without money, as her husband has controlled her income, her career, and her life for 17 years.

This assault by lawyer must stop. It is a travesty that Ohio courts would return her son to a person who has perpetrated domestic violence.

With the help of family, friends, and relatives, Irene finally gained some spirits to defend herself and getting her son back. She battled several court decisions against her rights and son. 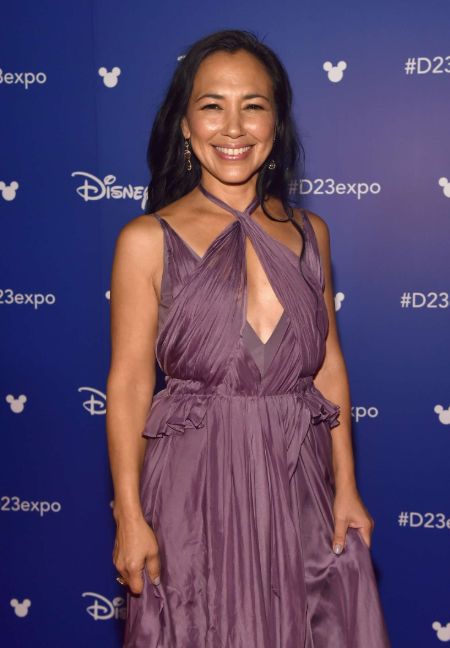 Irene Bedard is happily living her life these days. SOURCE: Disneyexpo.news
After the truth was revealed, Irene won the court hearing over her monster husband and gained her son back from him. She finally disunited with her husband and both the mother and son started their new life.

Bedard never stopped performing arts and resumed working in theatre productions, especially in Alaska. The actress is currently living a happy life with Quinn and she is further continuing her career.

Bedard's net worth is estimated to be around $1 million. She has appeared in many films and also worked as an executive producer and co-producer in certain movies.

Bold actress Irene started her career in 1994 appearing in the movie Squanto: A Warrior's Tale as Narooma. Since then she continued her profession in the Hollywood Industry. Recently in 2019, Irene portrayed in a drama, The Wind of Heaven as Miranda.

Keep in touch with us for more celebrity Biographies and News on Married Wiki!!!

Irene Bedard and Deni Wilson got married in 1993 and officially got separated in 2012. The duo had an offensive relationship. The pair welcomed their child in 2003 and named him Quinn Wilson.

Quinn Wilson is a darling baby boy of Hollywood actress Irene Bedard and a singer Deni Wilson who is now living with his single mom. Quinn is 16 years-old as of 2019.