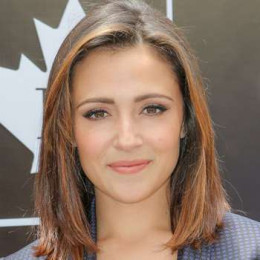 Stephanie Italia Ricci is a Canadian actress known for her portrayal as April Carver in the ABC Family series Chasing Life. She is also known for her role in Don Jon, Unnatural History and in the Comedy Central series Secret Girlfriend. In 2007, she made her acting debut in the American Pie direct-to-video film, Beta House. She is of Italian descent and is a successful graduate of Queen's University.

Whale let me tail you, that was one successful @aliinuimaui.

The couple who started dating in July 2008 became engaged on 19th August 2014. She is active on social media sites where she frequently shares beautiful images of the duo.

She is renowned for her role as White House Chief of Staff Emily Rhodes in Designated Survivor.