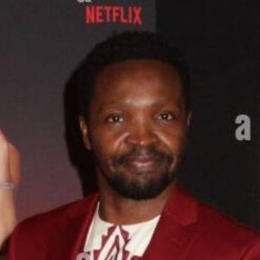 Ivan Mbakop, an American actor, application designer and film director. He is best known for his portrayal of Tambew in the recent action movie, red Notice alongside Dwyane The Rock Johnson.

Ivan Mbakopo is a blissfully married man. Ivan walked down the aisle with his girlfriend turned wife, April Lee Mbakop. The couple exchanged the matrimony vows in a private ceremony on September 25, 1999, and still going strong after two decades!!!

Well, April is, infact, his college crush whom he dated for a few years. The pair has a blissful life with their four beautiful children- three daughters and a son. However, the name of Ivan's kids is not disclosed in public.

Not to mention, the duo celebrated their 20th anniversary with an Instagram post in Sep 2019. As per him, the reason behind their successful marriage is that even after such a tight schedule, they manage time for each other.

Ivan Mbakop ran into the arts walking into dance and drama class his wife April was attending. Later, he appeared in a music video for Canton Jones Kingdom Business in 2009. Mbakop made his television debut in Valor as a Negotiator.

The actor is gaining momentum in the industry as a new talent to look out for and as a technologically innovative producer. Currently, Ivan has been working as creative director at Mbakop Studio since 1999.

Further, Ivan portrayed the role of Tambew in the recent action-comedy movie on Netflix, Red Notice, with the star cast of Dwyane Johnson, Ryan Reynolds and Gal Gadot. To this date, he has starred in 12 movies and also appeared in the blockbuster movie Reminiscent.

For Ivan's net worth, it's estimated to be an astonishing $1 million. Thanks to his profession as an actor, writer and film director. The family of Ivan lives a lavish life in Atlanta, Georgia and often goes out spending quality time together. 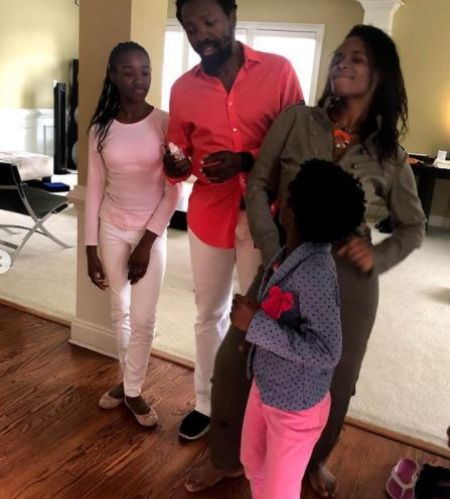 Ivan Mbakop and April Lee Mbakop is a parent to their four children.

April Lee Mbakop and Ivan Mbakopis a parents to their four children.

Ivan Mbakop is the father of four lovely kids.