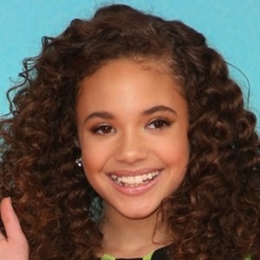 As the world unfolds the drama starring Iyanna Mayweather and rapper NBA YungBoy, everyone is keener on knowing more about the daughter of Floyd Mayweather.

Iyanna Mayweather; Who Is Her Mother?

The daughter of boxing champ, Floyd Mayweather has shot to fame, for all the wrong reasons. And, as the drama reached the media, one thing everyone is curious to find out the mother of Iyanna Mayweather. Her father has been romantically linked with several women and had affairs, and Iyanna was the product of one. 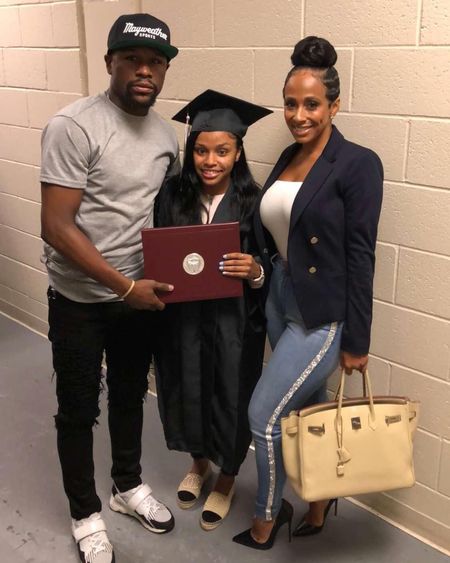 Iyanna Mayweather along with her father and mother, Melissa Brim. SOURCE: Pinterest

Melissa Brim is the mother of Iyanna whom her father dated in the late nineties. At the time, her parents met, Melissa, who is now an entrepreneur and the owner of Devanna Love Boutique and Beauty Bar was a waitress and only 16 serving at the Rio Hotel in Las Vegas.

The two allegedly began their affair whilst Mayweather had broken up from Josie Harries who died in 2020.  Additionally, Floyd had on and off relationship with Josie and Melissa.

Then in May 2000, Melissa and Floyd welcomed Iyanna. But, Iyanna's parents also share children with their other partners. Iyanna has a half-brother named Devion Cromwell whose father's identity is a mystery. Likewise, Mayweather also shares three other children with his former partner whom he got back together after splitting from Melissa. 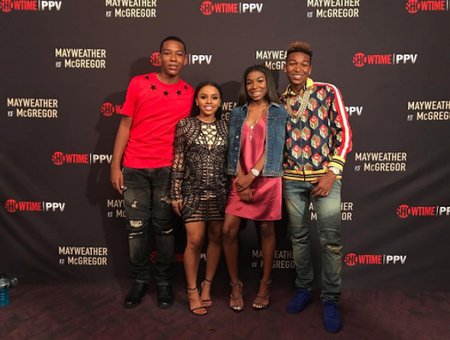 Iyanna Mayweather as seen with her half-siblings. SOURCE: BCK Online

In fact, Iyanna partly grew up with her half-siblings including Zion Shamaree Mayweather, Koraun Mayweather, and Jirah Mayweather in Las Vegas where she was educated. Iyanna who graduated at just 15 then earned her diploma at 18.

The aspiring rapper has been in the limelight because of her father. But, the recent scandal that had everyone's attention was like none.

Iyanna Mayweather Was Arrested For Allegedly Stabbing A Woman

On 4th April, it was reported that Iyanna Mayweather who stands at a short height of 4 feet 11 inches was arrested and taken into custody at Houston's Harris County Jail for stabbing a woman known as Lapattra Lashai Jacobs at rapper NBA YoungBoy's house. 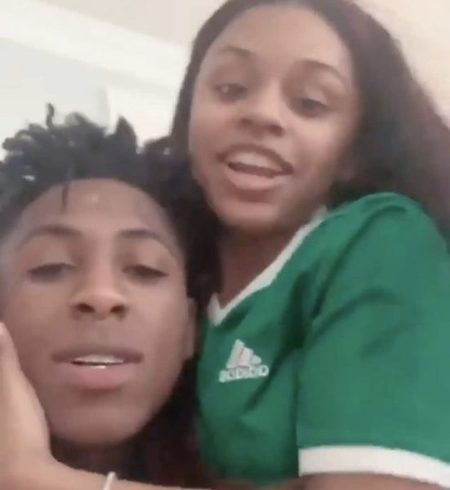 Iyanna allegedly told Jacobs, one of YoungBoy's babymama to get out of his house party after the daughter of the boxer arrived at the place. She even told Jacobs that she was engaged to NBA YoungBoy indicating that she didn't like the presence of Jacobs at his fiance's house. NBA is a father to four children he shares with different women.

Then in the kitchen, Iyanna attacked Jacobs with two knives. And, when NBA YounGboy whose real name is Kentrell DeSean Gaulden arrived at the scene, he found Jacobs lying on the floor. He immediately called the cops.

Lapattra is reported to have told the officials that when she was attacked for the first time, she didn't feel it, thus Iyanna attacked again. But, according to Iyanna, their first argument occurred outside the house where Lapattra pulled her hair. And the fight followed to the kitchen. 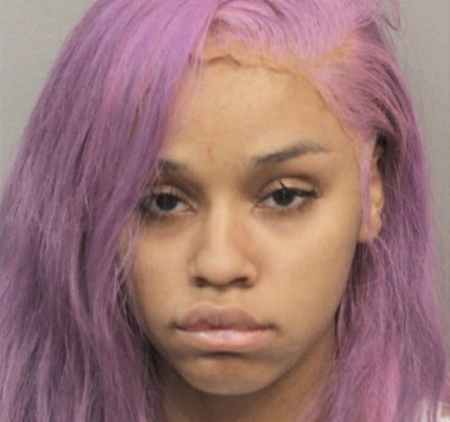 Iyanna was released on a bond price of $30,000 and is ordered to be present at a Harris County court by the end of April. As for Jacobs who was taken to the hospital, her condition is not well known to the public by far.

Mugshot of Iyanna has also been released where she is seen with a purple wig.

NBA YoungBoy who is reported to have been diagnosed with STIs he received from one of his exes and baby mamas is indeed dating Iyanna Mayweather. And, he is also super supportive of his girlfriend.

Right after news of Iyanna being sent to jail was surfaced, fellow rapper Kodak Black made a few comments on the incident on his Instagram where he wrote, "They ain’t Say A Lil Piece Bih They Say Fully Bih LOL Anyways Man That Word Aint Even Posed To Be Attached To Your Name @nba_youngboy. Dam Lil Bra Don't Do Dat Lil Girl Like Dat Man! Don't Do That Lil Girl Like Dat! I Mean I'm Locked Up, But This S**t Got It Lookin Like If It Was Some Otha S**t YOU’LL TELL SOMETHING,"

Iyanna also later appeared on the video behind the rapper. According to Iyanna, she is engaged to NBA who is her future husband. But, not may core details are known to the public.

Raised by a millionaire father in a million-dollar mansion, Iyanna never needed to worry about money or suffered a financial crisis. After all his father, Floyd Mayweather is worth to be anywhere from $500 million - $1 billion.

And, with such enormous wealth, the father has never ceased from showering his daughters with extravagantly expensive gifts that include a $5 million 18 carate Canary Pristine ring for Iyanna's 18th birthday party and costly Mercedes rides such as 550 S-Class and a G-Class which price ranges from $104,450 for her 14th birthday.

Not to mention, Iyanna's father also hired pop icon Justin Bieber who is reported to be $280 million to perform for her star-studded birthday. Also for her 19th birthday, Floyd surprised Iyanna with a $150k costly car. Clearly, Iyanna might never have to worry about money issues. But, what does Iyanna do? 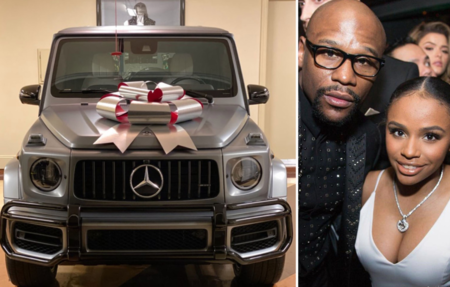 Well, Iyanna never followed her father's footsteps and tried out her hands at being a rapper instead. She chooses to go by the stage name, Money Yaya which is derived from her name. Additionally, Iyanna who has already released songs can be seen flaunting her wealth on social media.