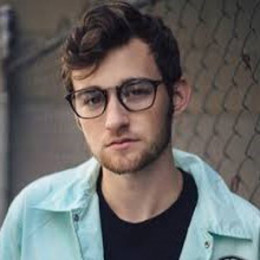 Jack Dodge, 20, is a famous YouTuber well known for his comedy sketches and video blogs on his channel entitled TheNerdyHipsters. He has more than 40,000 subscribers on his channel.

Dodge was attending his high school when he first started his channel and continued to study even while making videos. From his early days, he was involved in making videos weekly during the holidays.

Jack Dodge made comedy sketches and video blogs and posted it in his channel TheNerdyHipsters. So far he has accumulated more than 40,000 subscribers.

Moreover, during 2014 he was presented as a NewTuber of the Week on SugarScape. He made a spot-on impression of the fellow YouTuber Miranda Sings. In the year 2014, along with Alex Reininga, he collaborated on a Mad Libs video.

The popular YouTuber is pretty uptight in sharing his details to the outer world. However, his relationship with famous American actress Madison Iseman is known by all. The two started dating each other in late 2014, but after a year the pair broke up.

Dodge’s ex-girlfriend Madison is now in a relationship with a famous singer, Spencer Sutherland. Currently, he is single.

The young YouTuber, Jack Dodge has a net worth of $1 million as per some online sources. He is living a lavish life at San Deigo, California.