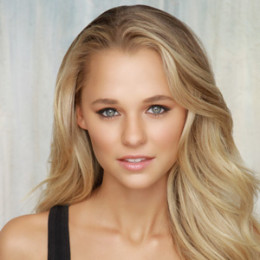 Madison Iseman, 22, is an American actress well known for her roles on the CMT comedian television series entitled Still the King, where she featured as the daughter of Billy Ray Cyrus’ character. Further, she is known for being the TV series documentary host of Mahomie Madness.

Iseman was born on February 14, 1997, in Myrtle Beach, South Carolina. She belongs to White ethnicity and holds American nationality. Her birth sign is Aquarius. She has an older brother, Jonny with whom she spent her childhood days at South Carolina.

Iseman was interested in acting from an early age after she enrolled at the college and pursued her further career in the same field.

The accomplished actress began her career with different short films including Ticket to the Haunted Mansion and She Will Be Free. She has been popularized over social media as well. Previously she has posted song covers to her maadiisuun YouTube channel and then only started vlogging on her self-titled channel.

Additionally, Iseman is well known for being the TV documentary host of Mahomie Madness. She has appeared as a guest role on Modern Family as Sam, the first girlfriend of Manny Delgado. Besides all this she is known for her role on the CMT comedy television series, Still the King.

Moreover, Iseman has appeared on Henry Danger, an American sitcom created by Dana Olsen and Dan Schneider and Modern Family, an American television mockumentary family sitcom. Her recent acting venture includes a role in the upcoming movie Jumanji: Welcome to the Jungle.

Madison Iseman's Personal Life: Who is her Boyfriend?

Iseman flaunts her relationship with her boyfriend all over Instagram as she has been dating singer Spencer Sutherland since 2015. The couple seems to be happy together and there are rumors that the couple is even planning to marry each other very soon.

Previously she was in a relationship with Jack Dodge, a popular YouTube star.

I got what I wanted for my birthday #22

Celebrating her 22nd birthday, she posted an image with her boyfriend named Spencer Sutherland on 18th February 2018. See in the above Instagram post when she kissed her new man on his cheeks.

Sutherland is an American soulful pop and R&B singer.

As Iseman,20, is a young actress in the Hollywood film industry she has not featured in numerous movies and series. But apart from it, she is living a lavish life. Iseman has got 208k followers on her Instagram and has a net worth of more than millions of dollars. As of 2019, her net worth is around $1 million.

Stay on marriedwiki for latest updates!