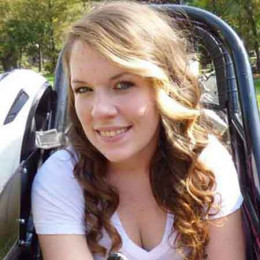 Jackie Braasch was raised in Illinois surrounded by race cars and race tracks. She is a professional motorsports racer especially known for drag car racing. She is a member of Car Chix which is a women motorsports organization. Her career on one side, she is also known for her relationship with the famous racecar driver Justin Shearer a.k.a Big Chief.

Jackie Braasch is in an alleged romantic relationship with her boyfriend, Justin Shearer aka Big Chief, a native of Louisville, Kentucky USA. He is a streetcar racer and a TV personality for the reality show Street Outlaws.

Jackie and Justin Shearer encountered during a race event in the 2010s. It is said that Justin was at awe when he saw Jackie on the track. Since then, they have been spotted together occasionally. The lovebirds have officially been together for three years now.

Justin is said to have a knack for hiding his personal life from the media. Jackie and her partner have been dating for years, however, the cupid still has maintained to keep their love life under the curtains.

Back in 2017, Justin became a major part of a controversy post her closeness with drag racer, Braasch, amid he was married to then-spouse Allicia Shearer. At the time, Jackie was one of the top 12 finalists worldwide in the 2014 Car Chix Women of Motorsports Contest.

Street Outlaws star Justin Shearer was previously married to a respiratory therapist, Alicia Shearer on September 29, 2006. The racer met Alicia for the first time at the gas station in 1999. They shared vows in 2005.

The 38-year-old is a father of two sons, Corbin Shearer and Covil Shearer. Justin and his now ex-wife Alicia announced their split around March 2018. The real reason behind Shearer's divorce was his extramarital affair with Jackie.

Jackie started racing when she was only at the age of eight years old. She has been involved in both the track and the garage.

As of late 2018, the authoritative sources have determined that Jackie's net worth is over $1 million which is partly earned from prize money and partly from her expertise in mechanical skills.

Jackie owns the Spitzer Dragster. She competes in the Rocket Brand Race Fuel Bracket Series and SuperPro. When her skills improved, she won several championships.

In 2014, she came in the top 12 out of 389 in the Car Chix. She ultimately became the Car Chix girl for May 2015. Recently, she has also been involved in teaching preschool kids.

Jackie was a frequent winner amid the Junior Dragster Division. Even more, she competed in the national track of "Route 66 Raceway". She upgraded to a full-size dragster at age 17. Similarly, the athlete is actively involved in the Superpro and Rocket Brand Fuel Bracelet Series.

The blonde beauty races an intense Spitzer Dragster with a 510ci Big Block Chevy, that helped her achieve several championships.

Jackie is a successful streetcar racer. She has been at the top of her game since childhood winning drag race junior competitions.

Her relationship with another streetcar racer brought her to light. Justin Shearer a.k.a Big Chief was a married man, now divorced. He even has had two children with his former partner Alicia Shearer. 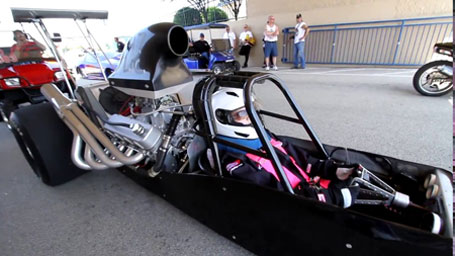 Jackie came to the light because she is dating a married man. She mostly received negative feedback as she was accused of ruining the relationship of a married couple.

Along with all of the negative comments, she would also receive positive feedback due to her major achievements in her career. She was already a celebrity because of her Drag races. The relationship with Big Chief has only been an asset to her.

Jackie was born on July 4, 1990, in Joliet, Illinois. Born into a family of professional race car drivers, she was exposed to the racing world at quite a young age. Her father was always working on cars in the garage. Tuning the cars up for the races was his specialty. Jackie would always help him out by handing him tools. 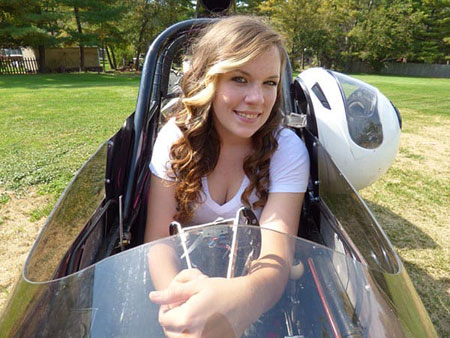 This day to day activity and a sporty environment made her fall in love with the cars and the races as well. Her passion and love for cars made her join the Junior Dragster Division for children. That was when her days on the track began. She spent most of her time on the track or at the garage.